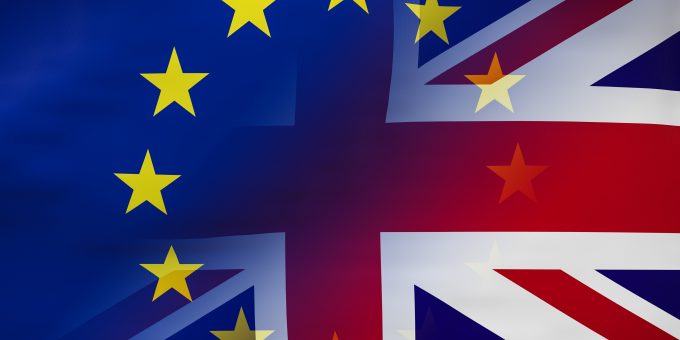 Whatever the terms under which Brexit finally is delivered, the UK remains committed to reform in its fight against financial crime. The UK is embarking on an ambitious and in part radical programme of work, but a necessary one. As the UK Chancellor recently stated: “We know more can be done, which is why the home secretary and I are launching the first ever cross-departmental board to prevent more people fom becoming victims of economic crime. By bringing together specialists across the public and private sector, we can use the best of our expertise to maintain our status as a global financial centre.”

Ensuring a joined up whole of government approach to fighting financial crime is a major step and with it, risk based prioritisation of outcomes should follow. The UK’s comprehensive SAR Reform programme, once delivered should lead to significant improvements in the way the UK fights financial crime, and in particularly by making the UK approach substantially more efficient and effective.

This should boost results further, with the UK recognised already by FATF as a current leader. Whilst Spain currently tops the list of 70 Countries where results are publicly available for compliance with the 40 Recommendations, the UK leads the pack when it comes to overall results for Effectiveness. Indeed FATF commended the UK, but at the same time highlighted areas for improvement by stating; “the UK has a well-developed and robust regime to effectively combat money laundering and terrorist financing. However, it needs to strengthen its supervision, and increase the resources of its financial intelligence unit.”

The recognition that despite positive results reported by the FATF, reform is still required is positive. It is largely accepted that there are weaknesses and challenges faced by the current regime which need addressing and these include:

That the system is inefficient needs correcting. It is estimated by UK Finance that the cost to the Financial Services Industry of the current SAR regime is approx £5bio per year, with the financial services sector alone generating over 20 million alerts and less than 2% of that volume producing approx 400,000 SAR’s annually. According to a recently published NCA report, of all SAR’s filed in the reporting period only 1 in 20 (5%) SAR’s with suspicions of potential money laundering warranted review, whereas 1 in 7 (13%) SAR’s with suspicions linked to terrorism / terrorism finance warranted further review. With an overall productivity rate just above 5%, these SAR’s may have been helpful in 31 cases, leading to 52 arrests and £52 million denied to criminals. HMRC fares better with action taken against £83.5 million which was helped in some way through information from SAR’s.

On this basis, the value in monetary terms of each SAR to Law Enforcement is around £100-300 (at the higher end if tax crimes are included) and the cost to the Industry is closer to £10,000..

So it’s no surprise that there is a growing preference for a smaller number of more valuable SAR’s likely to increase the effectiveness of the system overall. Still whilst reforming the SAR regime itself is important the UK is looking beyond just SAR Reform. The focus is much more holistic and the ambition is for the public and private sectors to deliver an intelligence led agile, integrated and transformational world leading approach that significantly reduces harm, protects the integrity of the UK economy, supports legitimate growth and prosperity, and creates a hostile environment for economic crime.

Important steps to achieve these include the establishment in Q4 2018 of the National Economic Crime Command at the National Crime Agency, bringing together a number of agencies to co ordinate and prioritise activities with leadership and oversight from a new Economic Crime Strategic Board co chaired by two senior government figures, namely the U.K. Finance Minister (Chancellor of the Exchequer) and the Interior Minister (Home Secretary).

The new task force, (the ECSB), will set priorities, direct resources and scrutinise performance in dealing with economic crime. Its members also include bank chiefs, other government ministers, law enforcement figures and representatives from the legal, accountancy and property sectors. In launching the ECSB the Chancellor said, “By bringing together specialists across the public and private sector, we can use the best of our expertise to maintain our status as a global financial centre.”

The main strategic priorities for a successful programme will need to include:
0 0 votes
Article Rating