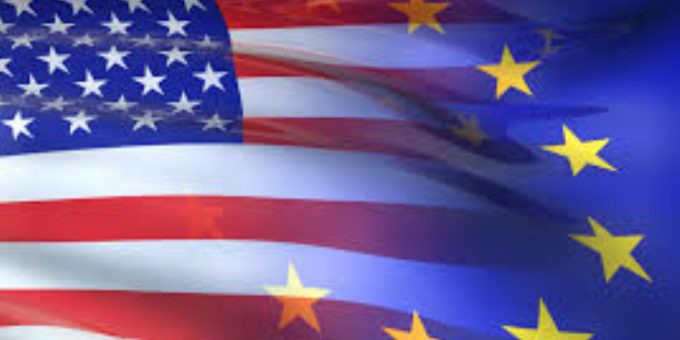 UK authorities have commenced a consultation on adopting – largely wholesale – the EU’s 5th MLD – a significant action in light of the ongoing ambiguities concerning Brexit and one that clearly signals an intent to remain aligned across the continent in terms of approaches to fighting financial crime. The UK Regulator, the FCA, has recently unveiled plans, priorities and activities for the next 20 months including on fighting financial crime. More broadly, the EU has started the process of empowering the European Banking Authority to develop strategic responses to the various scandals in EU jurisdictions, including those impacting FI’s coming out of the various Russia-linked “Laundromat” schemes and revelations from the release of the Panama, Luxembourg & Paradise Papers. Sanctions matters are covered elsewhere.

In the US, conversations have started at Congressional staff and sub-committee levels concerning AML/CTF Reform, with rare bipartisan consensus appearing to form that the Bank Secrecy Act, approaching its 50th birthday needs to be modernised.  These discussions remain in an early state with particular legislative terms and initiatives not yet the subject of hearings. Of interest to some readers, though baffling also likely to many, will be the conflicts created following the legalisation by many US States of the sale and usage of Marijuana, while Federal Law remains unchanged. This conflict impacts state-licensed marijuana dealers unable to obtain banking services from OCC licensed institutions, which notwithstanding periodic invitations by US agencies to take a risk based approach, still risk prosecution under the federal Controlled Substances Act and conventional money laundering statutes as well as the loss of licenses depository insurance.

UK FCA announces its Financial Crime Priorities for 2019/2020
The FCA recently published its 2019/2020 Business Plan which includes details on the Regulator’s priorities and activities for the next couple of years. Whilst the overall anti financial crime aim is to “stop the UK financial sector being used to facilitate financial crime, which undermines the integrity of financial markets and causes wider harm to society,” the specific priorities and key activities identified by the FCA in relation to financial crime have been announced. The 3 key priorities are i) sharing intelligence with the Government and other relevant agencies; ii) using intelligence, data and technology to improve our approach to anti-money laundering, bribery and corruption & iii) strengthen our approach to tackling fraud by developing our understanding of the risks in specific financial sectors and ensuring firms have appropriate safeguards in place. To support these the FCA announced 6 Specific activities namely: a) improve our anti-money laundering capabilities; b) strengthen partnerships; c) extended financial reporting, d) establish a programme to understand types of fraud and identify priorities, e) strengthen The Office for Professional Body Anti-Money Laundering Supervision (OPBAS) & f) tackle scams and frauds.

European Banking Authority (EBA) to be further empowered
The EU has tasked the EBA to take a bigger role in fighting financial crime, from the start of 2020. The EBA is to take a “leading, coordinating and monitoring role” across the EU to prevent ML/TF, including drafting regulatory, supervisory and technical standards to be followed by EU member-states. The resolutions, which still require European ministerial approval, also grant the EBA the authority to collect data on material breaches of AML laws, perform related EU wide risk assessments, recommend enforcement steps to national governments and conduct peer reviews on the efficacy of AML oversight by financial supervisors in member-states. Under the new rules, AML and prudential authorities in the EU will be expected to more regularly cooperate on investigations and exchange compliance data. Whilst this is a significant change, further empowering the EBA, it doesn’t go as far as some have called for, with concerns raised about many EU Countries performance in combatting ML/TF and the approach of member state FI’s & Supervisors being also called into question. Despite these changes, responsibility & accountability remains at the Country level.

Appetite for AML/CTF Reform in Washington?
There are signs of a growing consensus that the US AML/CTF regime needs updating. Senate Banking Committee Chairman Mike Crapo said the “sophistication, types and numbers of threats” have increased since the Bank Secrecy Act was passed as the foundation of US AML law 50 years ago. The challenge is what should be legislated for that would make a difference. The discussion surrounds the progress of the Counter Terrorism and Illicit Finance Act (CTIFA), where the FI industry is advocating for major reform, has critiqued the existing system and advocated for 4 overreaching reforms, including: Reg exam, CTR/SAR Reform, Greater information sharing and flexibility on technology innovation. Without a consensus on measures though, the prospects for real and meaningful change seem limited. Even basic level reform on CTR and SAR thresholds set decades ago have opponents, for example, FinCEN and the FBI have concerns about raising long standing thresholds on CTR’s from a greater than $10,000 reporting requirement to a greater than $30,000 and on SAR’s from a $5,000 to a $10,000 reporting requirement.

Legalising Marijuana increases stress for sellers and US FI’s
As more and more US States legalise sales, possession and use of cannabis to varying degrees, US federal law still classifies it as a harmful drug and views it as an illegal substance, which in turn makes most FI’s reluctant to offer services to legal cannabis operations. During the Obama administration, the US DOJ said that federal attorneys would prosecute violations of federal marijuana law in the States that had legalised the drug. The Trump administration rescinded that directive, but in the absence of a federal “safe harbour” law for FI’s that do business with legal cannabis operations, uncertainty remains and with it an FI reluctance to serve the growing US market for legal cannabis. This impasse is being considered by Congress that is debating the “Secure and Fair Enforcement of Banking Act,” or the “SAFE Banking Act” which if passed would remove this risk by preventing federal regulators from targeting FI’s that accept deposits from legal cannabis operators. Whilst this could resolve domestic tensions, it’s not clear that this would be a full proof solution. For FI’s operating internationally, where the drug remains unlawful, proceeds transferred by US FI’s will still be considered as laundered funds.