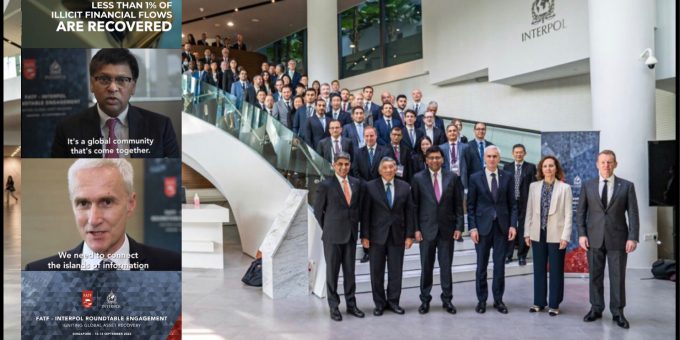 According to the FATF President, T. Raja Kumar: “Asset Recovery needs to be ingrained in the mindset of all relevant agencies as a core aspect of criminal investigations. Not ancillary, not a “nice to do” but a must do to disempower criminals by seizing their illicit assets.”

According to Interpol’s Secretary General Juergen Stock: “The magnitude of illicit profits, and the velocity at which billions are moving across borders, is deeply worrying. Organised crime groups are undermining global financial systems and inflicting huge losses on businesses and individuals alike. We must do more to deliver the significant operational impact that is needed today. By ambitiously pursuing every solution, every piece of actionable data, we will bring these illicit flows out of the dark and back to the legitimate economy.” 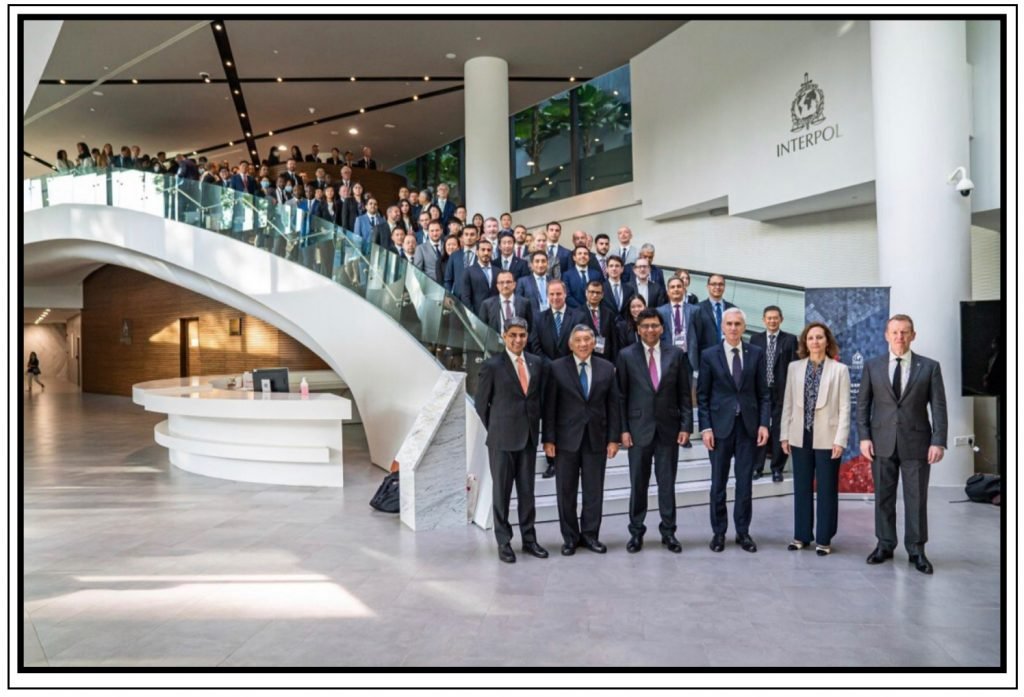 FATF member countries play a leadership role in setting FATF standards for the world, and also surely accept (as FATF members) that they must also lead by example. FATF member countries represent almost 90% of Global GDP. They are also countries that present the main financial crime and money laundering threats, both from a domestic, transit, and foreign financial crime perspective, as they are affected by the supply, transit and demand for the most generative illicit goods, as well as being the countries where most of the proceeds of these illicit trades are laundered. Results from the 4th round of FATF country evaluations, which have been published on 33/37 FATF member countries, (plus Indonesia as an observer, and UAE as a main GCC member), suggests that much more is required to improve effectiveness, particularly in relation to asset recovery. Improvements are required by all countries, and by all segments, both public and private, both independently and collectively.

FATF “Effectiveness” ratings are given at the date of publication of the FATF 4th Round Mutual Evaluation Report and do not yet take into account work carried out since, which should be taken into account when considering any comparison.

The renewed focus on asset recovery is an important one, with just 4 FATF member countries rated as “Highly Effective” for IO 8 (Confiscations) – being France, Israel, New Zealand and the United States, while 11 were rated as “Substantially Effective”  being the UK, Italy, the Netherlands, Spain, Germany, China, Hong Kong, Russia, South Korea, Sweden and Indonesia (see chart below).

No countries are rated as Highly Effective” for IO 7 (ML Investigations, Prosecutions & Confiscations), while 12 were rated as “Substantially Effective” being: France, Israel, the UK, New Zealand, the USA, Italy, the Netherlands, Spain Switzerland, Finland, Portugal and Sweden (see chart below).

FCN is now able to publish important research conducted that was carried out over 2 years (based on the latest available information) which reveals probably for the first time that whilst 9 FATF member countries (& one non-FATF member country) are reporting asset seizures in excess of 1% of estimated financial crime proceeds of crime & only 3 (and 1 non member country) are reporting asset confiscations above this frustratingly elusive 1% benchmark. Asset confiscations have risen from an estimate of less than 1% of GDP according to the UNODC’s seminal report in 2011, or then US$3.1 billion a year to approx US$20 billion a year with just 5 FATF member countries, plus one non FATF member country together responsible for 95% of this total, of which just 4 are above the 1% threshold. Based on an average 2.75% of GDP representing estimated criminal proceeds and or money laundering funds, asset seizures for FATF member countries represent almost 2% of these estimates whereas asset confiscations are similar to the estimate a decade ago at around 0.1% on average across all FATF member countries based on publicly available data. The data ranges in each case from 2012 – 2022 and so is therefore likely to be an under representation when brought up to date if and when this is possible.
The standout country is Italy, where the threat from organised crime is not only very high but is recognised and acted upon as a true national security threat with a response and an approach which delivers results found nowhere else, at least when it comes to asset recoveries. Italy also scores high in understanding the financial crime risk it faces which are significant: Risk Policy & Co-ordination (IO1 = Substantially Effective), International Co operation (IO2 = Substantially Effective), Financial Intelligence (IO5 = Substantially Effective), ML Investigations, Prosecutions & Convictions (IO7 = Substantially Effective) & ML Confiscations (IO8 = Highly Effective).

When it comes to asset confiscations, after Italy and China, the USA (US$2.2 billion in 2019), Russia (US$934 million in 2018) and the UAE (US$600 million in 2021). The UAE has made significant progress reporting the 5th highest results overall and 2nd as a percentage of estimated criminal proceeds for asset confiscations after Italy. The creation and leadership from the Executive Office for Money Laundering and Counter Terrorist Financing established in 2021, has accelerated the Emirates response to asset confiscation from what was approximately amounts recovered of US$26 million a year (between 2013-2108) to the more than half a billion US dollars for the last year (2021).

Other countries that have also made progress on asset seizures and/or recoveries in recent years include the UK, the Netherlands Australia, and New Zealand.

There is no denying that investigating, prosecuting and convicting money launderers, foreign corrupt persons and human traffickers is no easy task and numerous real challenges are faced including in bringing those involved to justice as well as s denying them the ability to benefit from the illicit funds generated.  The FATF President and Interpol’s Secretary General both believe more can and must be done, in particular on asset recovery, which is a timely intervention and a necessary focus to improve effectiveness. That Italy and more recently the UAE for example, can show how asset confiscations can be increased to meaningful levels, and others including the UK, the Netherlands, Australia and New Zealand can show recent improvements, particularly in asset seizure rates provide examples to learn from others as well as a roadmap for others to consider that could result in more effective outcomes.

A PDF of this article is also available here: FCN ASSETS & CONVICTIONS 7-11:22PBD

Note 1: For full details on key data, including convictions for money laundering, human trafficking, foreign bribery, asset seizures and asset confiscations for all FATF member countries plus Indonesia and UAE as well as FIU related data including SAR numbers and conversion rates where available to estimate, and the relevant dates (year of reporting) and other comparative data, such as National AML Risk Assessment reporting and whether PPPs are established as well as detailed insights into the data and in some cases the limitations, the date of and absence of data and consistent terminology or definitions see the detailed data with sources and explanations, including relevant dates (years) available from FCN upon request to stakeholders and policymakers.

Note 2: More details are available on Human Trafficking data on convictions, on details on dates and sources (links) for National Risk Assessments and for more details including a Financial Crime Dashboard.

See extract below. The research data is available HERE. 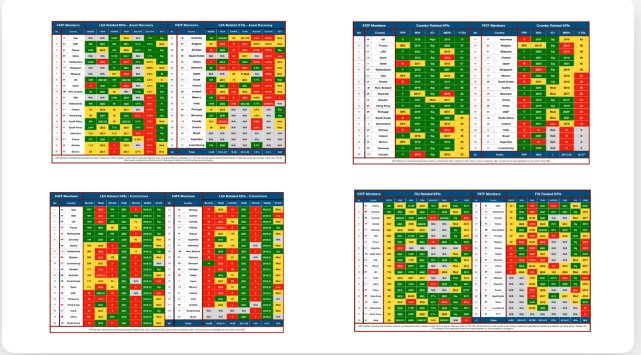 Great article! Well researched, based on numbers, clear and very informative. A must read.

Detecting the Financing of Domestic Terrorism
Since 9/11 no foreign terrorist organization has completed an attack in the United States, however...

Interview with Sarah Runge
In this Interview, Sarah Runge, formerly of the US Treasury Department, and now with Credit...