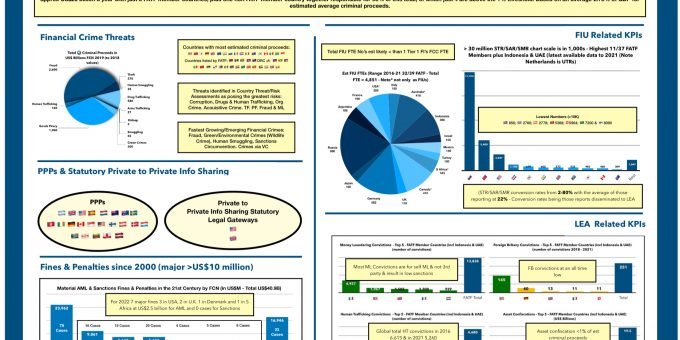 Making sense of where we are in the fight against financial crime, and then suggesting the necessary actions to move forward to improve effectiveness is not an easy task. By looking back on what we know and has been reported in 2022 and prior years, the evidence increasingly indicates progress is not what anyone apart from the criminals would have hoped for, despite many successes, across all sectors, the overall scorecard remains “must do better“.

The FCN Fighting Financial Crime Dashboard for 2022 highlights some important KRIs and KPIs where some insights and conclusions can be drawn and from these actions highlighted to improve effectiveness going forward.

That many of these insights and suggestions are increasingly considered mainstream and areas for consideration and discussed regularly with policy makers, industry leaders, regulators, FIUs and law enforcement represents a mindset change for many and a realisation that just doing what has been done before and expecting better results is not credible. 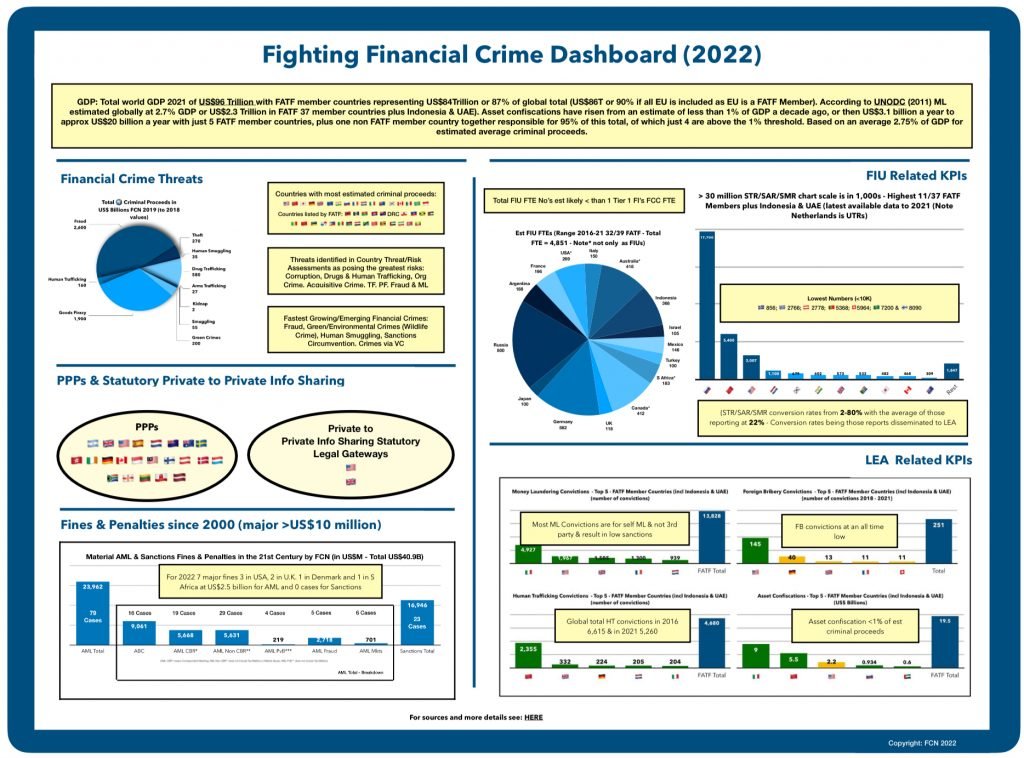 Securities/Markets Based Money Laundering
This is an extract from FCN’s Global Threat Assessment, coming soon, which can now be...

CITES Conference Closes – Japan and EU to do more on Ivory
Last week at the 18th triennial meeting of CITES members, those responsible for regulating the...