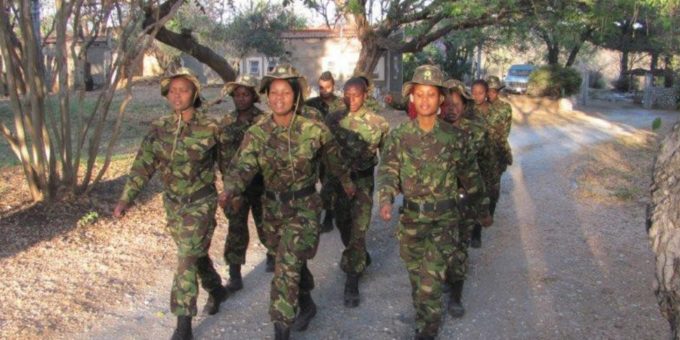 In this Interview with the Black Mamba’s Anti Poaching Unit. Qolile Matebula and Alice Bromage sat down with Financial Crime News to discuss anti poaching in South Africa and their work in protecting some of the world’s most endangered wildlife. This was just ahead of a presentation to FCC leaders from 30 Banks from 13 Different African Countries discussing the Illegal Wildlife Trade as a part of Standard Chartered Banks’ Regional African Correspondent Banking Academy in Johannesburg.

FCN: Who and what are the Black Mambas?

AB/QM: The Black Mambas were founded in 2013 by Craig Spencer, the head warden of the 52,000 hectare Balule Nature Reserve as part of the Greater Krüger National Park, in South Africa, and are named after a very poisonous snake, to protect the animals from poachers.

The Mambas are made up of an all female cadre of anti poachers, all well trained and operating unarmed successfully to protect endangered animals like Elephants and Rhinos. They patrol and protect the animals and they provide a crucial link beyond the reserve to the local communities. 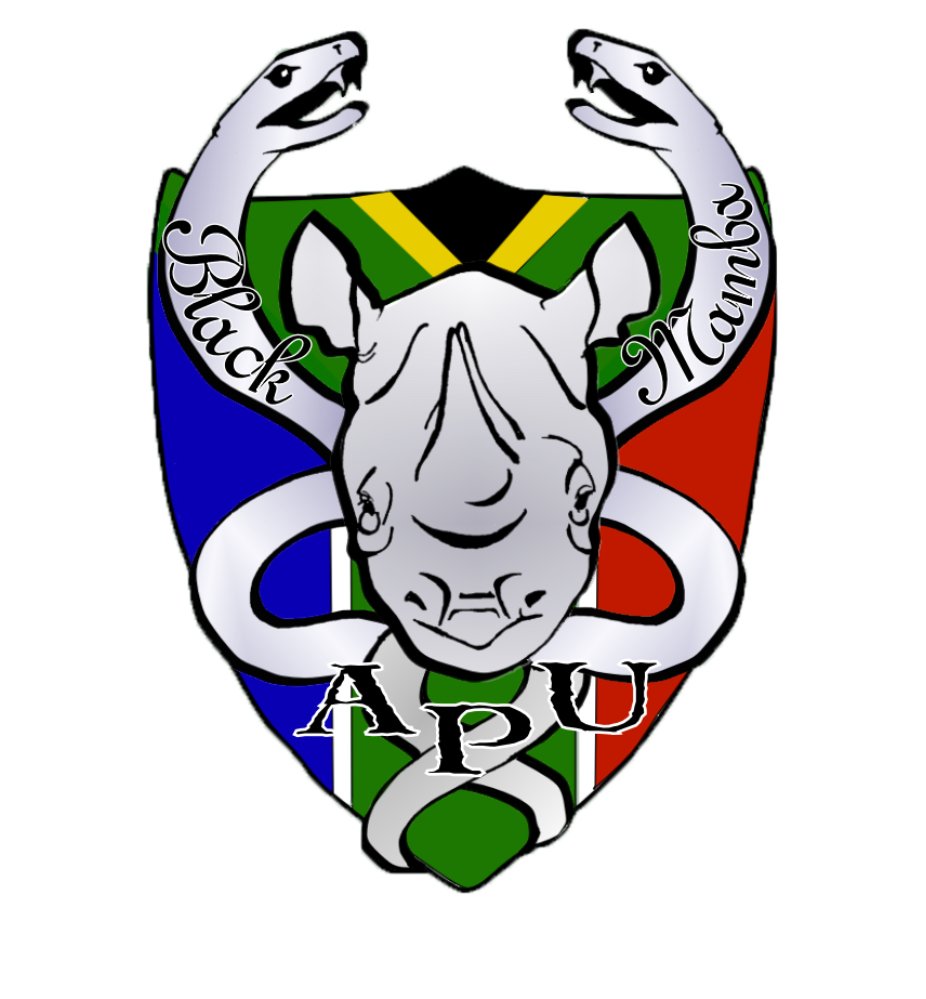 FCN: What is the philosophy behind the Black Mambas and why is it different?

AB/QM: Our teams work to the concept of the “Broken Window” philosophy, striving to make our area of influence the most undesirable, most difficult and least profitable place to poach any species. The objectives of the Black Mamba project are not only the protection of endangered elephants and rhinos through boots on the ground but also through being role models in the local community. The 32 young women want their communities to understand that the benefits are greater through conservation rather than poaching, addressing the social and moral decay that is a product of the poaching within some local communities. The Black Mambas are concerned for their children’s sake as the false economy has brought loose morals and narcotics into their communities.

AB/QM: Commercial poaching has become big business, thanks to the boom in populations and the “new wealth” in Asia. Consumption of products derived from endangered species is flourishing be it for fake ‘medicinal’ purposes, trinkets and status symbols or just simply to be on the menu, for example in the case of Pangolins. Take for example Rhino’s. Rhino poaching escalated dramatically in the last decade and is being driven by the demand for rhino horn in Asian countries, particularly Vietnam and China, due to its use as a status symbol to display someone’s success and wealth and in Traditional Chinese Medicine. Although there is no scientific proof of its medicinal value, rhino horn is highly prized in traditional Asian medicine, It is ground into a fine powder or manufactured into tablets as a treatment for a variety of illnesses such as nosebleeds, strokes, convulsions, and fevers.

Rhinos were once abundant throughout Africa and Asia with an approximated worldwide population of 500 000 in the early twentieth century. Despite intensive conservation efforts, poaching of this iconic species has dramatically increased, pushing the remaining rhinos closer and closer towards extinction. South Africa is home to the majority of rhinos left in the world and is being heavily targeted by poachers. Rhino poaching reached a crisis point, earlier this decade but with efforts including those from the Black Mambas we are seeing successes. In 2007 South Africa lost 13 Rhino’s but by 2016 it lost 1,054 or approx 3 Rhinos a day. In the areas where the Black Mambas operate no Rhino’s have been poached at all this year.

FCN: The work of the Black Mambas has also been recognised with awards?

AB/QM: Yes, the Black Mambas earned the Champions of the Earth award which is the United Nations highest environmental honour recognizing visionary people and organisations all over the world that exemplify leadership and advocate action on sustainable development, climate change and a life of dignity for all. 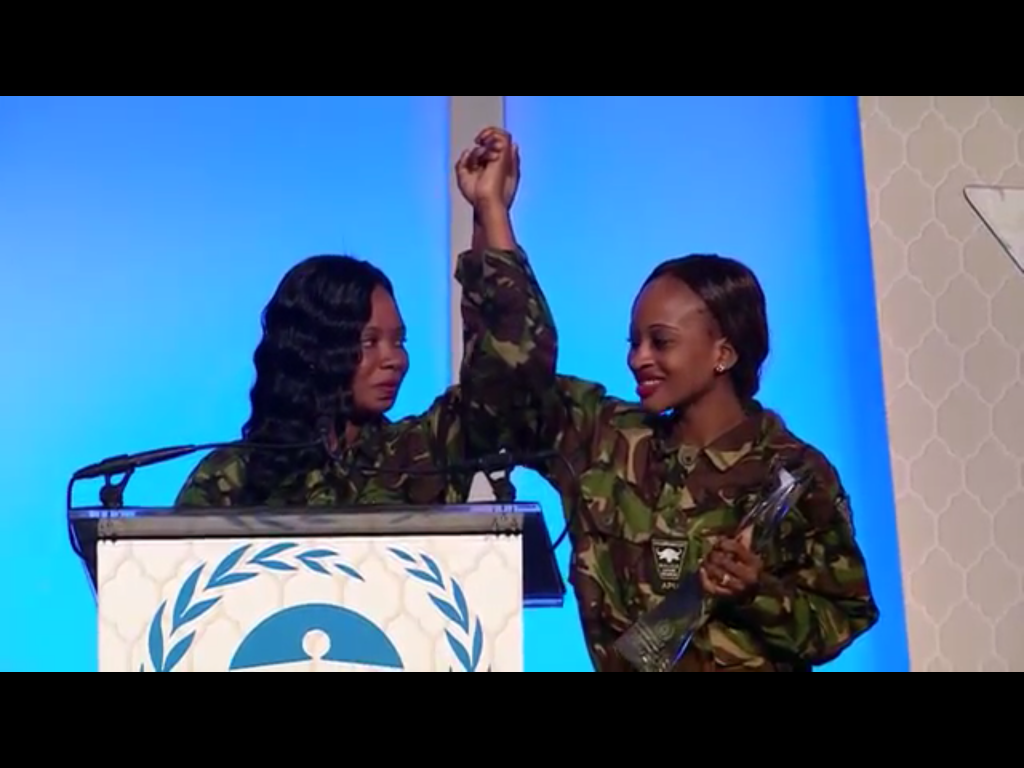 The award, recognised the rapid and impressive impact the Black Mambas anti poaching unit has made in combating poaching and the courage required to accomplish it. UNEP Executive Director Achim Steiner said, “Community-led initiatives are crucial to combating the illegal wildlife trade and the Black Mambas highlight the importance and effectiveness of local knowledge and commitment. Their many successes are a result of their impressive courage and determination to make a difference in their community. The Black Mambas are an inspiration not only locally, but across the world to all those working to eliminate the scourge of the illegal wildlife trade. While their work contributes mostly towards ecosystem preservation and halting biodiversity loss, Goal 15 of the Sustainable Development Goals, also exemplifies the action-driven solutions needed to achieve all of the SDGs. With every rhino saved the Black Mambas demonstrate that action on a local level is critical to achieving global sustainability and equity.” For more details see their acceptance speech.

FCN: The Black Mambas patrol unarmed – is it safe and what’s the reasoning behind this?

AB/QM: Well it was Craig Spencer’s, the Black Mambas founder and head warden at Balule Nature Reserve’s, idea. He had been doing this for 24 years and has never had to raise a weapon to a wild animal, so arms were not needed to protect against even the Lions. As for the poachers, the Mambas being local unarmed women creates a real dilemma, as the poachers would have to consider the consequences of attacking these women, and the reaction that would come against them if they did. Also by arming the Mambas, the likelihood of a shootout increases significantly and creating orphans and widows is not the answer to this problem. We won’t shoot this problem away. The idea instead is to saturate the landscape, make them visible wearing badges, practice early detection, and then call in an armed response, if needed.

FCN: The Black Mamba approach benefiting the local community is clearly a differentiating factor for this anti poaching unit as well as it’s female membership – whilst adding incomes to poor communities what else does the project do?

AB/QM: The Black Mambas have flipped the cliché that “it takes a village to raise a child” into an action plan resulting in the children raising its community. Providing opportunities to learn about themselves and their environment and in turn taking that knowledge home, leading to sustainable use of resources and installing environmental problem-solving skills and ultimately installing an ethical ethos in our future generations. The Bush Babies school program is an environmentally based education program currently offered to 10 schools in local communities surrounding the Greater Kruger National Park. The program is run weekly for a period of 1 hour throughout the course of the academic year. With previously disadvantaged learners between the ages of 12 – 17 years old, conservational issues are discussed and incorporated into the existing school curriculum.

FCN: How can people support the Black Mambas?

AB/QM: Whilst Rangers salaries are subsidised by the South African Environmental Monitor Program, all Other costs have to be funded independently, through donations, which cover other costs such as training, uniforms, equipment, food, vehicles, fuel and other daily operational expenses associated with the Black Mambas Anti Poaching Unit. Without these donations the Black mambas will not survive. Details on how to donate can be found here:

Qolile Mathebula is from Acornhook, just South of the Kruger National Park. She was recruited into the Black Mambas in 2013, inspired by her sister who had become a Mamba earlier that year. She has been patrolling and working as a Black Mamba, ever since. Last year (2018), Qolile was chosen to be the first Mamba to  be trained to become a Dog Handler, and after 6 months of training, has worked both patrolling in Balule, and now supports the Canine Law Enforcement team, with her dog Hitch, in Johannesburg’s Oliver Tambo airport. She remains a Black Mamba, and is the first to be forward deployed out of Balule. Qolile is also a single mother, leaving her young son in Acornhook each month, so that she can continue her work countering international wildlife crime. 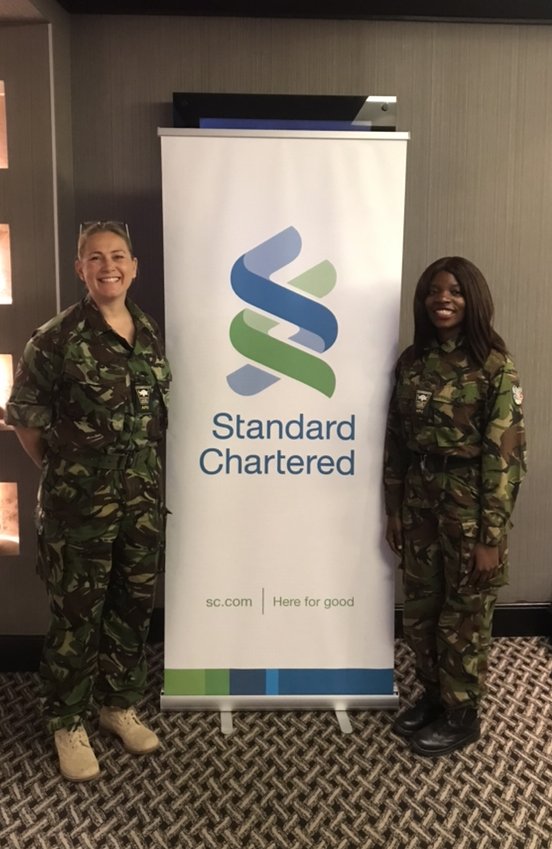 Alice Bromage is helping the Black Mambas, with her background from the British army and now as an experienced Leadership, Resilience and Performance coach. As the poaching rates in South Africa started to increase, earlier this decade Alice was invited to come and help coach and mentor the Black Mambas to ensure peak performance. Alice now supports the Mambas as their UK Ambassador, and also comes back to Balule to coach and train them as often as possible. Alice has just arrived in country to start a month long training programme with the Mambas for all of July. Alice provides all of her support to the Mambas pro-bono,  helping ensure that every penny raised to support the Mamba programme and wildlife they protect.

great to see this and thanks for sharing

Omar Bongo – PEP Case Summary / Gabon
Omar Bongo was Gabon’s second President, (1936-2009) succeeding to the highest position at only the...

EU Commission “High Risk Third Countries” – Must Do Better
On the 7th May, 2020, the EU proposed a number of third countries to their...