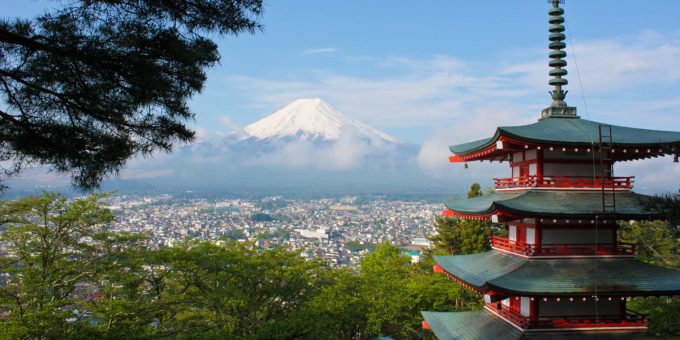 Japan has exceptionally low crime rates, regularly placed in the top 10 safest countries, with crime rates falling for the last 2 decades and corruption at very low levels. As such whilst applying the UNODC estimate of 3.6% of GDP would suggest around US$180 billion in criminal proceeds, other estimates for Japan even put the figure at just US$15.4 billion or 0.3% of GDP. With just 750,000 crimes registered in 2019, Japanese police managed to make an arrest in 40% of these cases.

Japans financial services industry is one of the largest and presents obvious risks and is one of the main methods used to launder money through transfers to other countries, with countries such as Vietnam, China, Nigeria, South Korea (also North Korea) and the Philippines particularly of note not only for transfers but for nationalities involved in criminality in Japan. Other sectors to note are virtual currency, funds transfer service providers, trust companies, money lenders, insurance companies, financial instruments business operators, currency exchange operators, specified joint real estate enterprises, credit card companies, DNFBPs, real estate brokers, dealers in precious metals and stones, legal/accounting professionals.

Whilst Japan spends less as a proportion of its GDP on law and order (1.24% – 2016) than other OECD countries, overall amounts are substantial due to the overall size of the Japanese economy. The JFIU is staffed with approx 100 personnel, which represents a 1:4,320 ratio of people to STRs filed for 2020, & a conversion rate of 2.4%.

Asset recoveries are very low, at less than US$22 million a year (less than 0.2% of estimated criminal proceeds – even taking the lowest estimate).

Japan has yet to establish a fully fledged PPP, but it has held a PPP Conference for AML/CFT in April 2018. 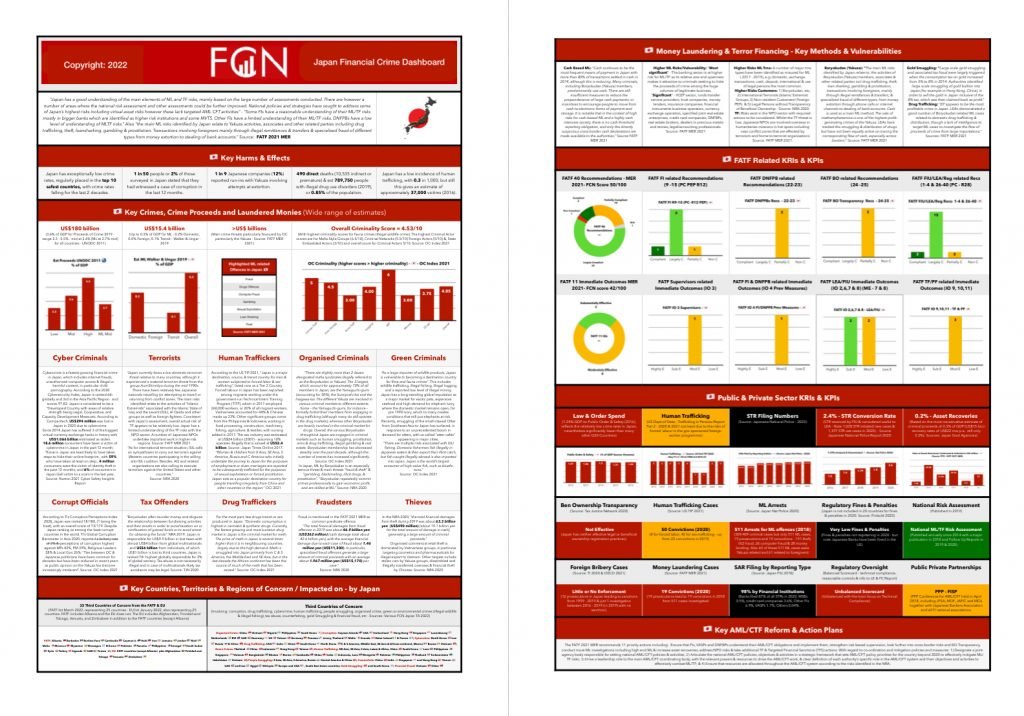 This Dashboard is based on a comprehensive evaluation of the Financial Crime threats as well as the responses as summarised in the 66 page Japan Threat Assessment 2022 by FCN published HERE. 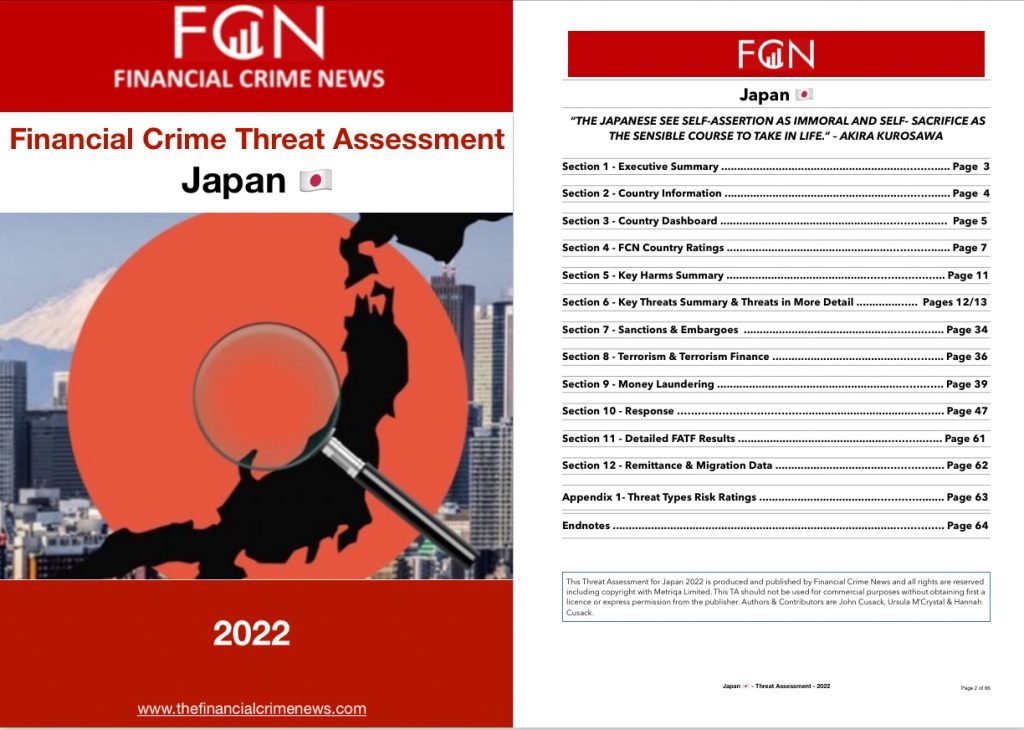