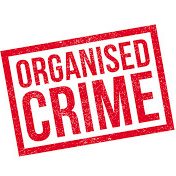 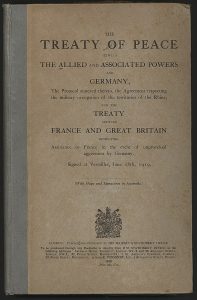 Whilst prohibition on alcohol in the US was presented as a victory for public morals and health, it was to prove a temporary measure being repealed in 1933. Criminal gangs were able to gain control of the beer and liquor supply for many US cities, and the measures were attacked with prohibition seen as causing an increase in crime, as well as lowering local tax revenues. Another milestone in 1919 was the signing of the Treaty of Versailles, which concluded the peace treaty of World War 1. Article 295 had nothing to do with the armistice but was important nevertheless, and secured for the allied powers global support for prohibition on dangerous drugs. Already in 1912 in response to a global opium and cocaine epidemic, a US led coalition sought to criminalise the supply and use of dangerous drugs except for medical purposes, via the Hague Convention.

This attempt failed to get enough universal support principally because Germany was against the Treaty as it wanted still to protect its own cocaine industry. Unlike today the main traders in these drugs were merchants who were protected in their supply largely by the Great industrial powers throughout the 19th Century. With the end of the War, and with Germany defeated, the Allies took their chance and by including Article 295 outlawed these dangerous drugs and established the UN’s predecessor the League of Nations as the responsible body to lead the global response. As with alcohol prohibition though, this proved an opportunity for criminals.

Fast forward to today. Organised crime is thought to represent approx half of all proceeds of crime laundered globally, with a quarter likely still generated from the drugs trade. Transnational criminal networks have proliferated and become more international and where once they were heavily focussed on supplying drugs are now involved in exploiting humans to trade them as modern day slaves or by killing and trading endangered wildlife. Most recently these networks are forming alliances with actors involved in cyber activities. This has the potential to turbo charge the threat, substantially increase the overall proceeds of crime and to do so from the shadows and from distance, making them harder to resist and an ever increasing financial crime threat, on top of the harms they inflict through violence, intimidation and exploitation. In a world that is becoming ever more digital, so are the tools used to support organised crime. In response the tools to combat modern organised crime are also evolving. Modernising the fight against financial crime is not a nice to have, it’s essential as organised crime gets stronger and more confident.