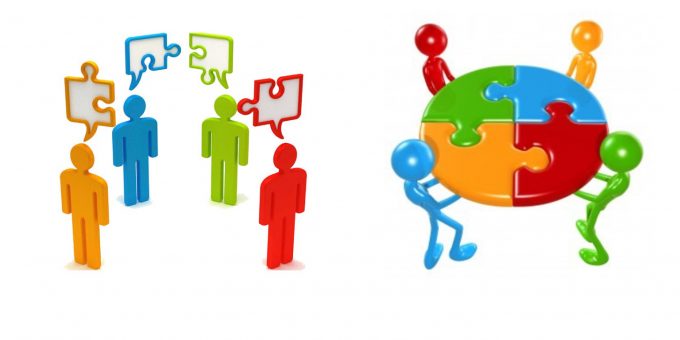 Criminals do not respect borders. They take advantage of globalisation to transfer their illicitly earned money between countries using old techniques (e.g. front companies) augmented by new technology (e.g. smartphone apps). We need to be equally agile in our response. In particular, without improving the ability to share information quickly and effectively between public and private actors fighting financial crime, we will not keep pace with the criminals.

The dominant system for public-private information exchange relating to money-laundering suspicion – Suspicious Activity Reporting (SAR) – is several decades old. A one-way information flow unable to fully harness the capabilities of the private sector, it often leaves them in the dark in relation to the emerging threats. The emergence of public-private information sharing partnerships points to a more dynamic way of fighting financial crime, but more can be done to encourage these initiatives and legislate to allow them to achieve their true potential.

The prevailing regulatory environment surrounding this system has led globally to an exponential growth in the numbers of SARs – these being generated to comply with regulations, rather than to fulfil the intelligence needs of law enforcement as the system had intended. In fact, there is growing recognition that the vast majority of SARs filed globally are of limited value to law enforcement and their growing numbers actually impair law enforcement’s ability to respond – according to a 2017 Europol report just 10% of SARs filed in EU member states were further investigated after collection. For this reason both the public and private sectors have in many jurisdictions been looking to reform the SARs regime to move its output away from regulatory compliance and closer to its original aims of providing the seed intelligence to law enforcement to help them identify and tackle those undermining the integrity of the financial system. It is in this context, that we have seen the emergence of a more collaborative, responsive and intelligent approach to tackling financial crime – the growth of public-private information-sharing partnerships. These partnerships bring together key players from the financial sector with law enforcement to collaborate in the fight against financial crime by sharing information dynamically in a legally permissible and trusting environment – creating the two-way flow of information needed to tackle a fast-moving and globally fluid problem.

The growth of these partnerships in the last four years recognise what has been increasingly evident as the system has matured – that whilst a single institution can make a contribution to the fight against financial crime, in truth it only has a limited view. To establish a comprehensive picture of criminal activity, which is no respecter of business boundaries or borders, we need to be able to share information both between the private and public sectors, but also between private sector entities themselves.

This is why many FI’s see collaboration within these partnerships as a fundamental component of the future of the financial sector’s ability to combat financial crime. We have been working in partnership with the governments in key jurisdictions to develop a number of these information- sharing models since their emergence at a conceptual level earlier in the decade.

Collectively, those in both the public and private sector are already reaping the benefits of this collaboration. Whereas single institution SARs previously resulted in a fragmented picture being presented to law enforcement, through these partnerships financial institutions are able to provide law enforcement with a holistic intelligence picture, which is more readily actionable and more closely linked to their priorities. In this way, law enforcement are able to channel their resources more efficiently and achieve results more quickly and effectively than could previously have been imagined. This process is increasingly exposing the limitations of the more traditional one-way flows produced by the SARs regime.
The benefits for the financial sector are self-evident; acting alone the private sector has few measures available to effectively disrupt criminality. Collectively a package of disruptive measures can be brought to bear from exiting a client relationship by the financial institution, through to criminal sanctions, arrest and asset confiscation by law enforcement.
Furthermore, the increased trust and confidence engendered by these partnerships results in the development of a collective understanding of threat and risk allowing financial institutions to fine-tune their defences in response to a rapidly evolving threat picture.
The positive effects of the patchwork of partnerships being developed globally are increasingly being recognised at a global level, including by the international standard setter for AML, the Financial Action Task Force (FATF), who recognised in their November 2017 guidance note on private sector information-sharing that “effective information sharing is one of the cornerstones of a well-functioning AML/CFT framework”

Conclusion and next steps

These existing partnerships, vital to the fight against financial crime, are nascent and should be seen as the starting point for a journey, rather than its end. This requires greater recognition, at both a domestic and global level, of the constraints on their effectiveness – as FI’s collectively push these partnerships to collaborate against the more complex and global criminal networks. Data protection is important, however these protections should not afford unjustified protection to wrongdoers and those who threaten the integrity of the global financial system. It is increasingly evident we can only reach a tipping point when major financial centres adopt legislation which allows financial information sharing to happen at scale and speed, but with the appropriate safeguards. For that to happen, we need a global conversation between standard setters, policymakers, regulators and financial institutions to ensure our response to overcoming these barriers is balanced and proportionate.

We need law enforcement and government to prioritise these types of meaningful, outcome-oriented partnerships and to support legislative innovations, which remove protections from the wrongdoers, whilst maintaining the rights of the majority. We need the financial sector to commit the resources and time to making these partnerships deliver on their initial promise. In doing so we can create an environment in which the fight against financial crime is truly a collective response, supported by a joint understanding of the prevailing threats. Finally we need to see these partnerships in the context of the wider SARs reform agenda – finding ways to better direct and harness the resources and expertise held by the private sector towards live operational goals, rather than regulatory compliance must be considered as the aim of this agenda.

For more on Modernising the fight against financial crime see Part 2 & Part 3.

This paper is derived from an extract authored by John Cusack, published by Standard Chartered Bank in August 2018 and now supplemented here.

Spotlight on Caspian – Interview with CEO and Founder Chris Brannigan
FI's face the challenge of monitoring billions of transactions, identifying potential suspicious activity and then...