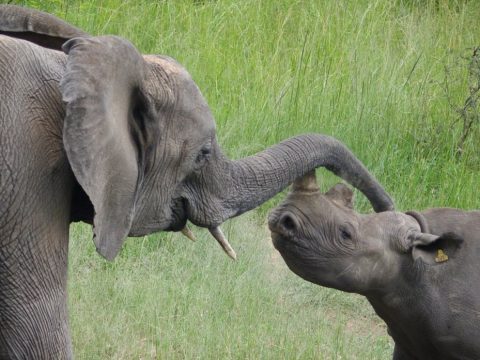 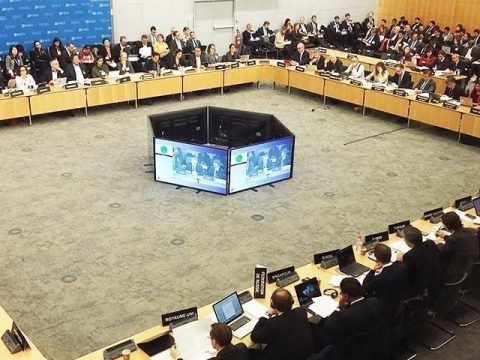 In February 2019, FATF issued its proposed recommendations for AML governance of the crypto industry. Under pressure from the international community, the FATF aimed to bring amendments to Recommendation 15 (New Technologies) into force at the June 2019 plenary. Within the proposals, one point was opened for consultation; colloquially known as 7(b) the proposal seeks to introduce wire transfer recommendations required of the traditional banking sector into the crypto industry. That is, originator and beneficiary information is collected, screened and transmitted between correspondent institutions with the objective to prevent criminals and terrorists having unfettered access to the financial system.

The crypto industry responded but not for the reason many thought; the response was not to fight against regulation or kick the can down the road for another day but to make sure that the regulation could be effective. 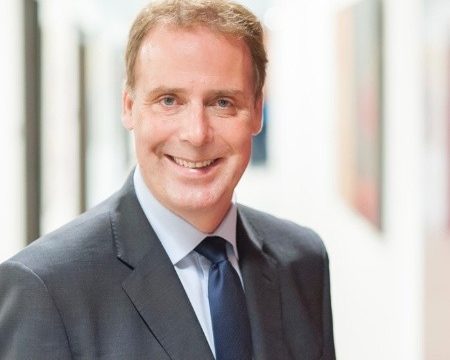 John Cusack June 5, 2019 1 Comment
When I started Financial Crime News, I wanted to offer a digestible collection of both interesting and relevant materials to arm financial crime fighter’s with additional tools to help enable them to do their work. Towards this aim, the website and the various publications are provided to support those that find these materials useful. 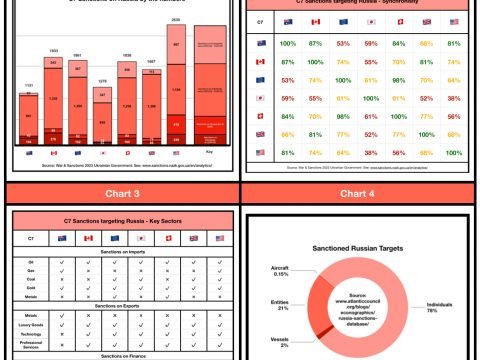 Sanctions on Russia by C7 Countries

It’s hard not to hand the equivalent to the golden globes or OSCARs to sanctions as the top issue in 2022, with cryptocurrency and transparency of beneficial ownership noteworthy concerns and continued focus of attention in the fight against financial crime. As the Russian tanks rolled into Ukraine on the 24th February 2022, resistance from Ukraine and support from the West has halted the advance and appears to be providing the Ukraine with a viable route to take back their lands and push the Russians back from 21st century importance. Whilst huge credit goes to the Ukraine, the support from in particular C7 Countries has been invaluable. Whilst they don’t share a battlefield with Ukraine they have all seriously stepped up, not least in implementing sanctions. 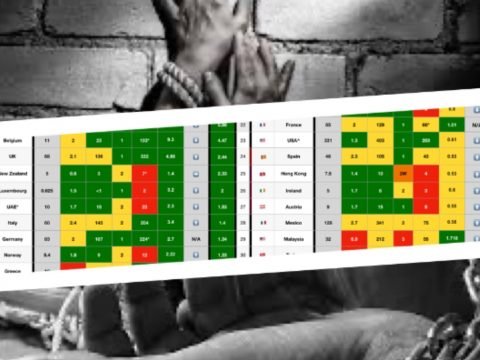 This post is supplemental to a post published on 28th October 2022 Human Trafficking Cases – Prosecutions & Convictions Analysed by FCN. after publishing the data for the previous post, FCN has carried out further research to look more deeply at the HT conviction numbers and to control for population and threat. This provides a different prism to look through and produce KPIs and one that has more merit than simply looking at absolute numbers. Again the focus is to look at FATF member countries plus Indonesia and the UAE.

Today, like every other day of the year an estimated 50 million people (6.4 out of 1,000 people) including 3.3 million children are enslaved in either sexual or other forced work or marriage (estimates from ILO/UNIOM/Walk Free 2021 – up from 40 million in 2016). 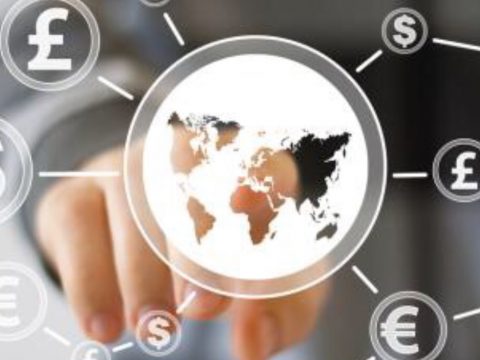 In 2010, the fastest way to move money on the same day from London to New York was to catch a flight from Heathrow to JFK and deliver it yourself. The average time a cross border payment now takes is 2 hours (quicker than taking the flight at around 7 hours) but some do take much longer. The industry goal is to move towards instant payments across all cross border payment corridors, similar to domestic faster payments that are regularly settled in many countries in under 10 seconds. Speeding up cross border payments is important, but also important is reducing costs and providing access to all.

The journey to achieving greater access and faster and cheaper payments is underway, with the Financial Stability Board targets set for the end of 2027 just 4 years away and still looking ambitious. 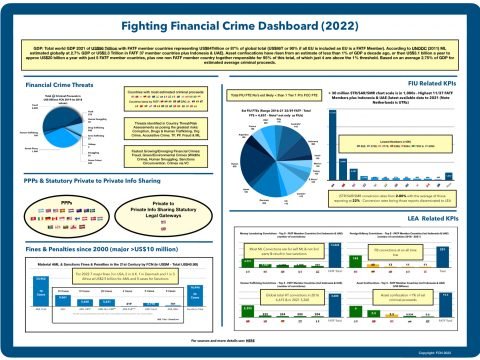 Making sense of where we are in the fight against financial crime, and then suggesting the necessary actions to move forward to improve effectiveness is not an easy task. By looking back on what we know and has been reported in 2022 and prior years, the evidence increasingly indicates progress is not what anyone apart from the criminals would have hoped for, despite many successes, across all sectors, the overall scorecard remains “must do better“.

The FCN Fighting Financial Crime Dashboard for 2022 highlights some important KRIs and KPIs where some insights and conclusions can be drawn and from these actions highlighted to improve effectiveness going forward. 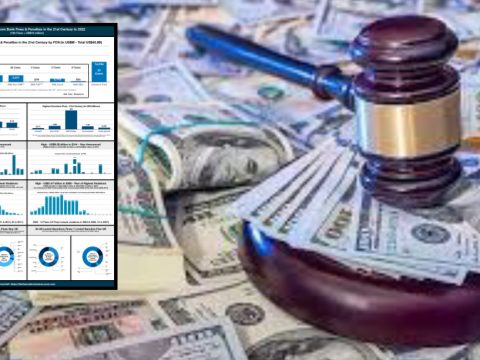 This is an increase in numbers which have averaged 4 a year this century, and an increase in value from an average of US$992 million a year. This included the 3rd largest AML fine this century, levied against Danske Bank for violations from 2007 to 2016 of US$2.15 billion in the USA and in Denmark, as well as against Santander in the UK of US$132 million, National Bank of Pakistan in the USA of US$55 million, Julius Baer in the UK of US$21 million (ABC related), USAA Bank in the USA of US$14 million & Nedbank in South Africa of US$21 million. 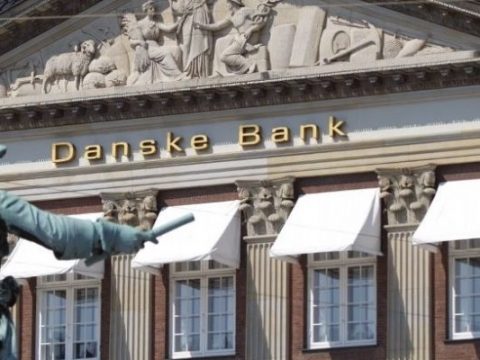 Danske Bank: Much has been written about the Danske Bank case with last weeks fine of US$2.1 billion long expected and well trailed. It’s previously been reported that Danske Bank’s Estonia Branch facilitated the movement of around US$227 billion (€200 million), of which US$160 billion was processed via US Banks in New York and a large amount of the balance in Euros in the EU, much of it suspected as originating from Russian sources. These funds came from in aggregate at any one time thousands of non resident accounts in Danske Bank’s Estonia Branch each year which from 2007 until 2015, which made up in total about 10,000 active accounts in this period. Of these accounts, approx 80% were opened in the name of companies from places like the British Virgin Islands & the UK, designed it has been suggested to obscure the true ownership of the funds passing through the accounts. 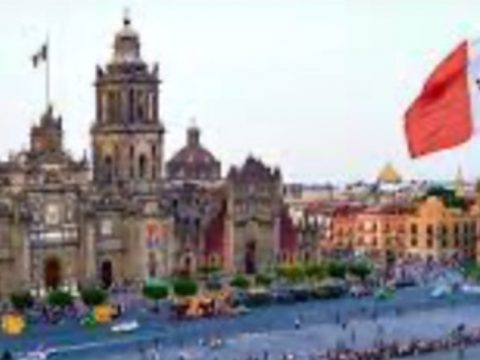 Mexico is both a G20 and FATF member country with moderate to high threats (31/100) and a Moderate Response (50/100) with an overall Moderate risk (41/100) (based on the FCN Financial Crime Country Risk Model).

Mexico’s last NRA was published in 2020, which focussed, to no one’s surprise on organised crime including drug trafficking gangs and corruption being the key threats. OCGs operating in Mexico pose a major threat not only to Mexico but are highlighted elsewhere including in the USA and in Europe, with the threat from Mexican drug trafficking activities very significant. 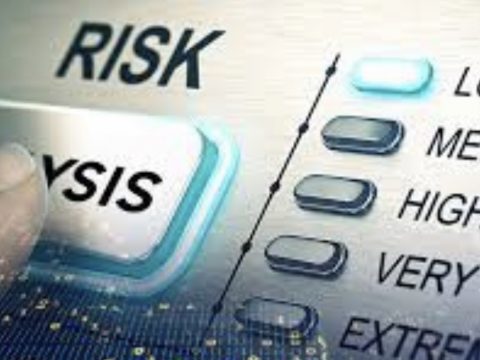 All countries are expected to generate a meaningful National AML Risk Assessment. These are useful for the authorities, and the other institutions that use them (eg FIs and DNFBPs), so that all relevant parties understand and mitigate material money laundering risks. ML is a fast moving and adaptive environment with criminals changing methodologies, routes and institutions used to perpetrate and benefit from their crimes. Dedicated TF and PF assessments are also increasingly the expectation.

According to FATF, “Understanding the money laundering and terrorist financing risks is an essential part of developing and implementing a national anti-money laundering / countering the financing of terrorism (AML/CFT) regime.” 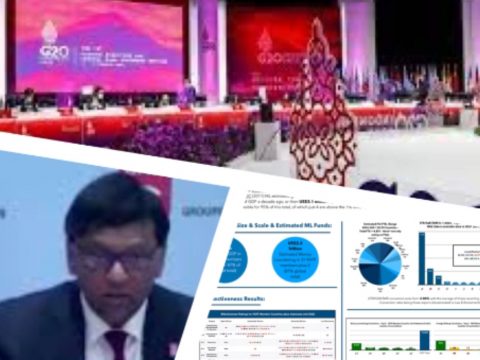 As FATF President T Raja Kumar joins the G20 at its summit tomorrow in Bali under the Presidency of Indonesia his 3 key messages are on crypto regulation, transparency of beneficial ownership and seizing dirty cash. As far as taking action on illicit funds is concerned, he states that:

“Under Singapore’s presidency, the FATF also focuses on supporting national authorities to ramp up the seizure and return of stolen assets. In a joint drive to reinforce and mobilise the international community, the FATF is working closely with INTERPOL and other partners to promote national policies that prioritise asset recovery. This includes enhancing global cooperation and strengthening law enforcement and judicial networks to share information and evidence quickly.

The G20 can lead in this area by promoting policies that prioritise asset recovery and ensuring law enforcement and other agencies have the capabilities and training necessary to ‘follow the money’ that fuels crime and terrorism. 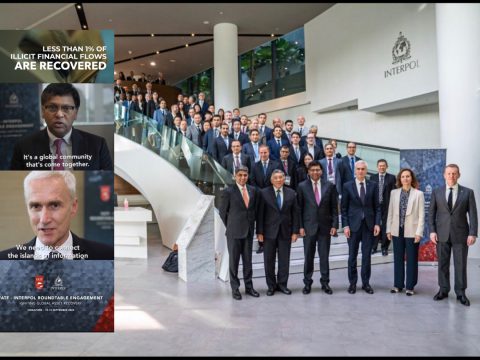 According to the FATF President, T. Raja Kumar: “Asset Recovery needs to be ingrained in the mindset of all relevant agencies as a core aspect of criminal investigations. Not ancillary, not a “nice to do” but a must do to disempower criminals by seizing their illicit assets.”

According to Interpol’s Secretary General Juergen Stock: “The magnitude of illicit profits, and the velocity at which billions are moving across borders, is deeply worrying.

Securities/Markets Based Money Laundering
This is an extract from FCN’s Global Threat Assessment, coming soon, which can now be...

Cash Based Money Laundering in Sub Saharan Africa by FCN
Cash-based money laundering is the main means by which criminal organisations and terrorist financiers launder...

Interview with Absa’s Nic Swingler
On a recent visit to South Africa, Financial Crime News was delighted to meet with...

This website uses cookies to improve your experience while you navigate through the website. Out of these cookies, the cookies that are categorized as necessary are stored on your browser as they are essential for the working of basic functionalities of the website. We also use third-party cookies that help us analyze and understand how you use this website. These cookies will be stored in your browser only with your consent. You also have the option to opt-out of these cookies. But opting out of some of these cookies may have an effect on your browsing experience.
Necessary Always Enabled
Necessary cookies are absolutely essential for the website to function properly. This category only includes cookies that ensures basic functionalities and security features of the website. These cookies do not store any personal information.
Non-necessary
Any cookies that may not be particularly necessary for the website to function and is used specifically to collect user personal data via analytics, ads, other embedded contents are termed as non-necessary cookies. It is mandatory to procure user consent prior to running these cookies on your website.
SAVE & ACCEPT