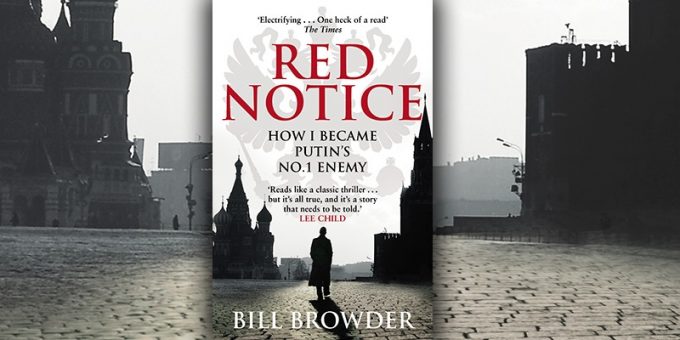 This book tells the story of the rise and fall of Hermitage Capital, once the largest foreign investor in post soviet Russia, which made vast fortunes alongside oligarchs and criminals, sharing the spoils from the rigged privatisation of Russian Companies and the crooked markets that developed. As Hermitage made huge profits, the Company, its founder and CEO, Bill Browder, his associates and his Russian lawyers became targets, with Browder having his visa revoked and then his Russian Companies taken. According to Browder, he was taken out by powerful forces on instructions from the highest levels of the the Russian government. Browder tells of his losing battle, uncovering serious criminality by the Russian Interior ministry that took over his Companies, restated their reported profits and collected hundreds of millions of dollars in tax rebates. That a US$230 million fraud could happen in 2008 and not just against Hermitage but by those, according to Browder in one part of the Russian government against another (interior and tax) should be shocking. For more details on the fraud see this

A bright Russian Tax Lawyer, Sergei Magnitsky, working for Browder was also shocked and when others left Russia in fear for their own safety he stayed to argue the case believing honest Russian officials would prevail. After his arrest, detention, torture, and finally his brutal murder, those involved thought they had silenced a man who refused to accept the Russia of the past and was prepared to die to see a better Russia in the future.

What happened to Sergei Magnitsky has happened to far too many, not only in Russia, where human rights abuses are all too common. What makes Magnitsky’s death different is what happened next. Realising there was likely to be no justice in Russia, Browder took his campaign to Washington, where in 2012, the US passed a landmark Magnitsky law, which gave the US Government authority to sanction for foreign human rights abuses. The US quickly sanctioned 18 Russian officials directly involved in the torture and responsible for the murder and attempted cover up of the death of Sergei Magnitsky (today the list has 55 names, most recently updated in May 2019). In 2016, the US enacted the Global Magnitsky Act, which allows the US government to sanction foreign government officials implicated in human rights abuses anywhere in the world. The US has continued to list Russians, but also others, for example those considered responsible for the Rohingya massacres in Myanmar and those Saudi’s responsible for the murder of journalist Jamal Khashoggi. Since then other governments have followed suit, for example, the UK & Canada have Magnitsky laws as do the 3 Baltic States. The EU is progressing with its own EU Human Rights Sanctions Regime, avoiding the Magnitsky title, which was proposed by the Dutch and supported by both France and Germany in February 2019, and appears focussed on abuses in places like Africa and not on Russia.

One man who helped pass the US landmark legislation, was former Senator John McCain who said about Red Notice, that “Bill Browder tells the harrowing and inspiring story of how his fight for justice in Russia made him an unlikely international human rights leader and Vladimir Putin’s number-one enemy. It is the book for anyone interested in understanding the culture of corruption and impunity in Putin’s Russia today, and Browder’s heroic example of how to fight back.”