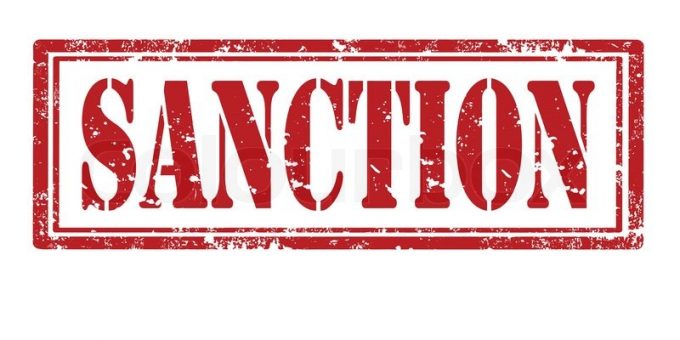 Complying with economic sanctions requires a comprehensive program of controls and oversight capable of addressing the unprecedented pace of change, geopolitical tensions, conflicting governmental policies, and intense interest by a range of stakeholders, all of which means the monitoring, interpreting and controlling of sanctions risks have never been greater. Sanctions changes that have made headlines or yet might are therefore of interest as should be the potential implications for compliance programs.

In November 2018, the US re-imposed sanctions on exports of oil from Iran after President Trump unilaterally pulled out of a 2015 nuclear accord between Iran and six world powers.  The US, however, granted waivers to Iran’s eight main buyers – China, India, Japan, South Korea, Taiwan, Turkey, Italy and Greece. that allowed them to continue their purchases of Iranian oil for six months. While Taiwan, Italy, and Greece have effectively terminated their importation of Iranian oil, the remaining five continue to rely on these imports to satisfy their domestic needs.  The US however, has announced that it will not renew these waivers, forcing these countries to eliminate their importation of Iranian oil or risk U.S. sanctions potentially cutting off their economies to the US financial markets.  From the very narrow perspective of implementing compliance controls, there is nothing unique or unfamiliar about adding newly sanctioned entities to watchlists in order to implement any sanctions that might be imposed should these countries decide not to terminate their imports from Iran. However, the geopolitical and economic consequences underlying the implementation of any such sanctions is more complicated and it could create legal and policy conflicts as well as commercial implications should clients become impacted by these sanctions as well create an environment of increased circumvention attempts.

The US designated Iran’s Islamic Revolutionary Guard Corps (IRGC) as a Foreign Terrorist Organisation (FTO), which is the first time the US has designated another country’s military in this way. From a compliance perspective, however, this designation is more symbolic than substantive. The IRGC is already designated under other US sanctions programs. The EU also already prohibits economic transactions with the IRGC as a whole going back almost a decade. That said, proponents of the FTO designation argue that this action, clearly labelling the IRGC as a terrorist organisation, will make countries and companies entertaining the idea of doing business with Iran think twice, since the IRGC is so deeply embedded in the Iranian economy. Others, however, note the risk this creates by introducing uncertainty into military law and rules of engagement under international laws where there is significance in the distinction between armed forces and terrorist groups.

Just over a year ago in response to the US administration’s decision to withdraw from an international agreement reached with Iran on its nuclear programme, and the potential risks that might then apply to those continuing to abide by the terms if the agreement, the EU responded with a formal process to update its blocking statutes which came into force on 6th August 2018. These are now being reviewed by the EU and could be revised when renewed, expected to be on August 6th 2019. EU/US exposed banks will be looking to see some clear EU implementing guidance plus a practical EU/US political agreement on how to deal with the conflict of law situation.

The U.S. first imposed sanctions targeting the government of Venezuela in 2015. Both the US and EU have designated individuals associated with the regime. US measures were significantly extended in January 2019 to target the state-owned oil company (PDVSA); the entity that generates the vast majority of Venezuela’s foreign currency earnings. While initially thought to have limited direct impact on non-US persons engaged in trade with no US nexus, recent statements emerging from the US administration during March and April 2019 included warnings that non-US persons dealing with PDVSA might be exposed even in the absence of a US nexus. The EU sanctions, while far more limited in scope, also include measures which ban travel and freeze assets of 18 individuals closely connected with the Maduro regime and an embargo on arms and equipment for internal repression. On the one hand the US has granted a series of general licenses authorising certain, but substantial, activities to continue, whilst on the other, it also continues to ratchet up sanctions as violent protests have emerged, which increases the uncertainty as to the viability of these licenses over the near to mid-term. With the US supporting Juan Guaidó as the legitimate President and Russia and China backing Maduro, there is no clear resolution or time line in sight. The risk of US intervention creates less and less certainty around the scope of what activity will remain permissible increasing the risk of engaging in even short term relationships and transactions.

The latest draft of the revised Defending American Security from Kremlin Aggression Act, otherwise known as “DASKA” is making its way through the US Congress, and is informed not least by the conclusion of Special Counsel Robert Mueller’s conclusion in his recently delivered report that Russia did attempt to influence the 2016 US Presidential elections. Whatever emerges, DASKA has broad bi-partisan support so it seems likely the US will impose new Russia sanctions before the end of 2019. DASKA, in its current draft, covers a range of sectors and activities – not least those involving sovereign debt, energy and related infrastructure, Russian FI’s, ship building and oligarchs. The impact could be considerable. Moreover, given the secondary sanctions elements for non-US companies (especially European and Asian companies with longstanding ties to Russia), DASKA only exacerbates those concerns. On the 14th May, 2019 a proposal to impose sanctions targeted at the construction of a gas pipeline, known as Nord Stream 2 from Russia to Germany, was tabled in the US Senate. If approved, the Bill would place targeted sanctions against vessels that would be used to construct deep sea pipelines, including the one which would take natural gas to Germany. “Germany is a model ally and our transatlantic partnership is critical to furthering global security and prosperity,” said Democratic Senator Shaheen who introduced the Bill. The Bill was co sponsored by Republican Senator Ted Cruz who stated that, “Nord Stream 2 threatens Europe’s energy security and America’s national security,” and that, “The United States simply cannot allow Russia to dominate Europe’s energy future.” The Trump administration has been critical of the pipeline and the House passed a resolution urging its cancellation in November 2018. 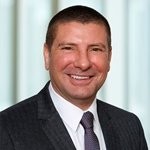