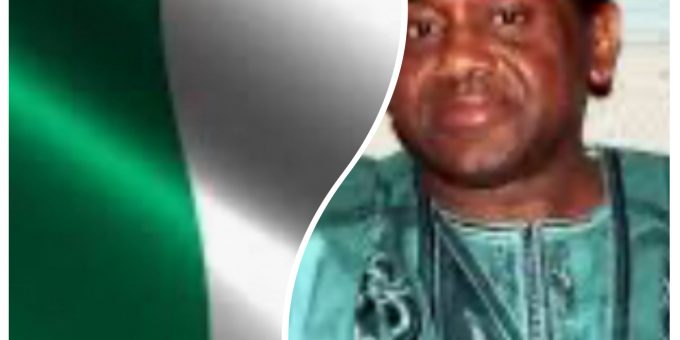 Sani Abacha was born in Kano Nigeria in 1943 and rose through the ranks of the Nigerian military before assuming overall command of the military forces in that country when he was appointed Minister of Defence in 1990. At the same time, he pursued a parallel career in politics and through a combination of both positions became the de facto President of Nigeria from 1993 to 1998, following the annulment of elections, from which major unrest ensued.

For the Sani Abacha PEP Case Summary / Nigeria see below: 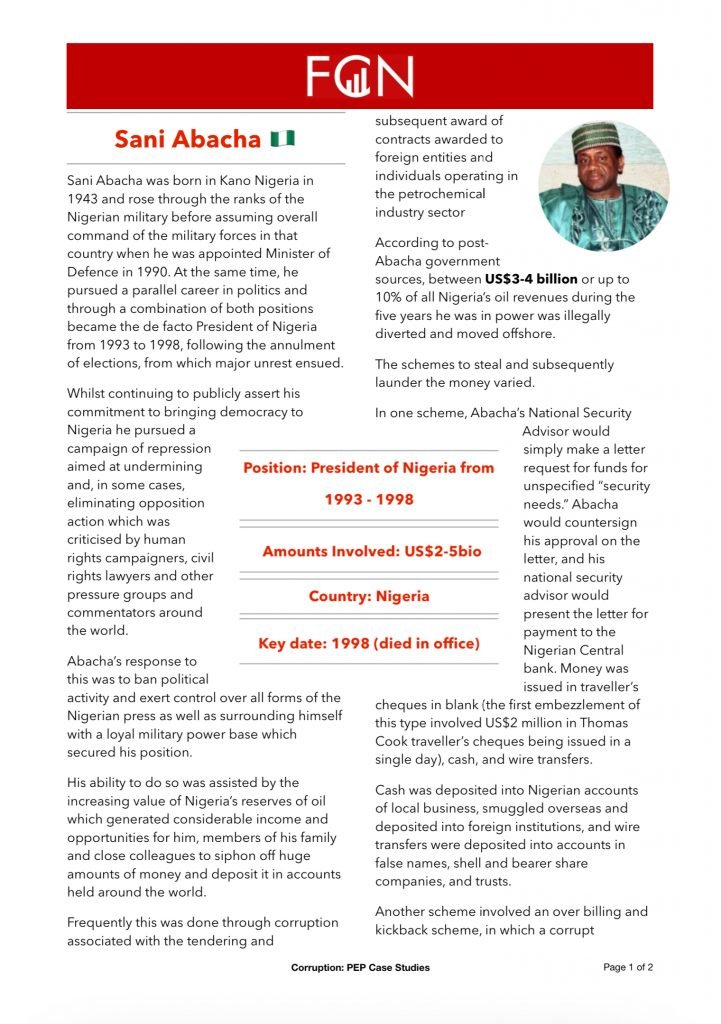 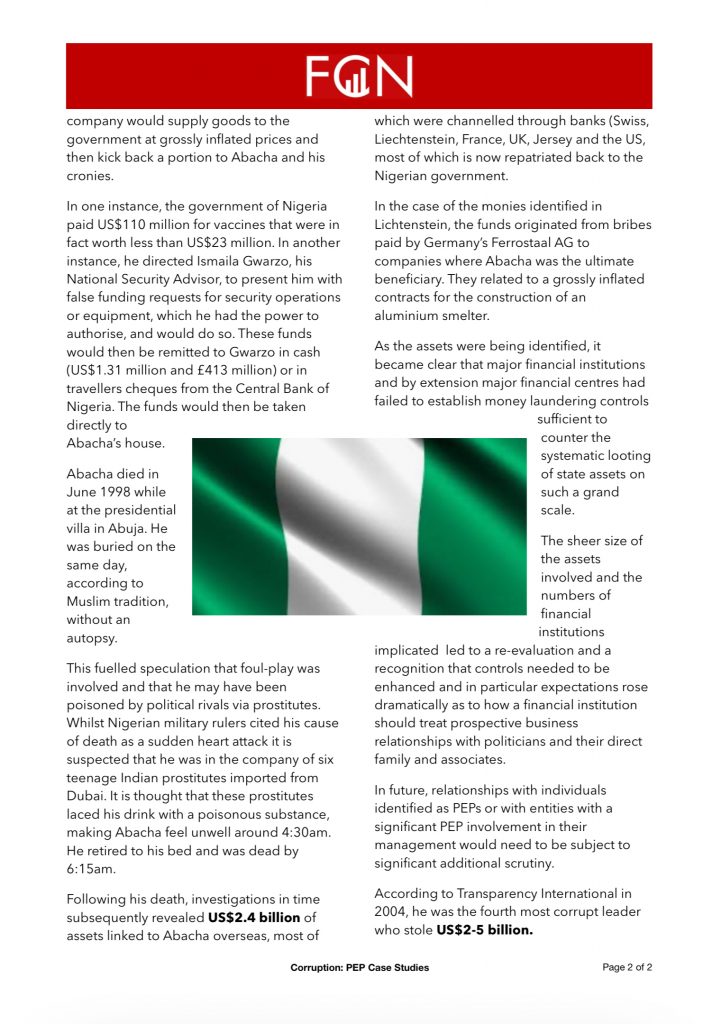 I did’nt witness Abacha’s Tenure because he died before I was born, but the stories I about his tenure makes me wonder how Nigeria would have been if he didn’t die. Well, I blog also and truly appreciate your content. The article has really gotten my interest. I am going to bookmark your blog and keep checking for new details every week.
Follow the link below to reach my website and check out its contents. Please let me know if this okay with you. Many Thanks!

The KYC Registry at SWIFT – Interview with SWIFT’s Bart Claeys
Whilst utilities have been widely predicted as a future staple in the fighting financial crime...