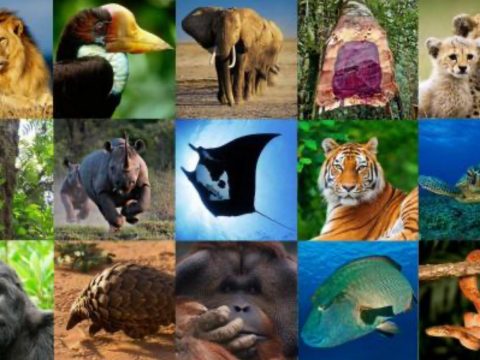 According to the best available sources the illegal Wildlife Trade is valued at approx US$7 – 23 billion a year, and is regularly described as the 4th most lucrative crime after any of drugs, counterfeit goods, humans and arms, with Africa the main area of concern, in particular due to the killing of Rhinos, Elephants and Pangolins, by criminal gangs that move horns, tusks and scales shipping these clandestinely onto markets in Asia.

That the illegal wildlife trade is in the billions of dollars a year and includes iconic African mammals such as Rhino’s, Elephants and Pangolin’s is not in question, and neither are the claims that criminal actors are involved and that Asia is a main destination.

Whilst this picture is a popular one, in which the illegal wildlife trade is most often portrayed, by digging a little deeper the picture becomes a little less about Africa and Asia, and involves all regions, including North America and Western Europe, and a little less about iconic African Mammals and includes reptiles, birds, fish, plants and shells. 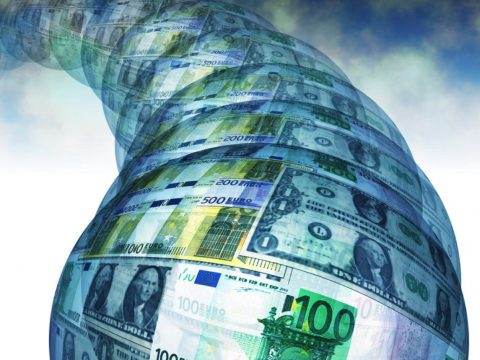 by John Cusack
Despite the limitations presented in estimating criminal activity designed to be hidden, the results in the Global Threat Assessment present a bleak picture.

Criminal markets are generating more illicit funds than at any other time in our history, with... 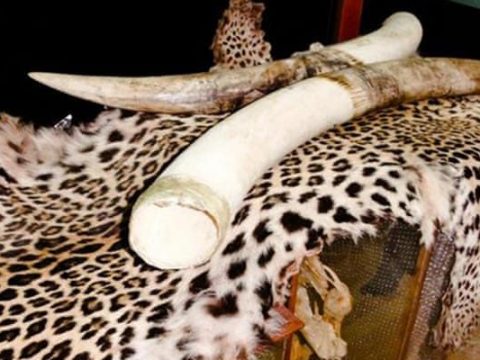 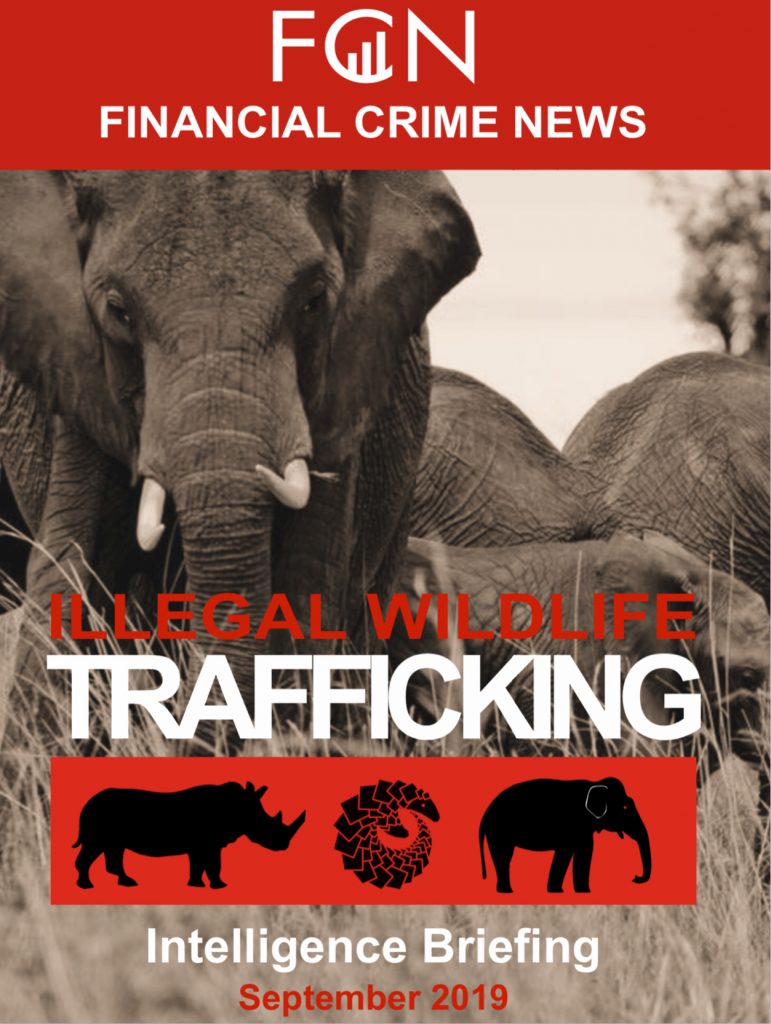 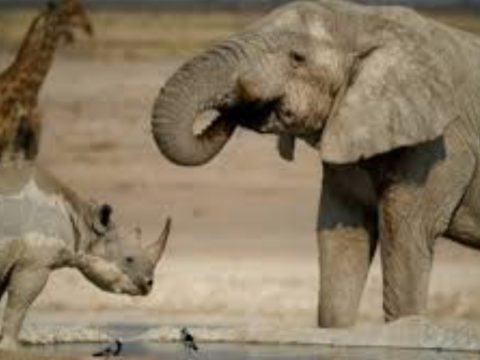 The following is a short summary of the Illegal Wildlife Trade, focussing on some of our most iconic species that are threatened.

The Summary is taken from a 20 Page Intelligence Briefing, which details how the Trade works, a current state threat assessment, available potential Red Flags and ... 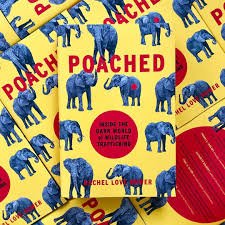 In “Poached” the  award winner Science journalist, Rachel Love Nuwer, investigates the international trade in illegal wildlife, detailing how demand for exotic goods such as elephant ivory, rhino horn and pangolin scales is being met through the human stories that are  endangering the survival of iconic wildlife and of those trying to fight back.

The risk to our wildlife comes from human demand for exotic pets, jewellery, medicine, meat and trophies, which is driving a worldwide poaching epidemic. It also comes from growing human populations that put even greater pressure on land required to sustain many species.

The author travels to the front line in this struggle to hotspots in Africa, including Tanzania and South Africa, to China, Laos and Vietnam where supply and demand economics drive this trade to investigate and provide insights to better understand the dynamics involved.

CITES Conference Closes – Japan and EU to do more on Ivory

Last week at the 18th triennial meeting of CITES members, those responsible for regulating the international wildlife trade closed the conference which mostly saw victories for animal welfare. In a previous recent Financial Crime News Post we correctly predicted Giraffes would make it onto Appendix 2 for the first time, that proposals to weaken trade restrictions on Rhino horn would be defeated and African Elephant proposals to increase trade would also be rejected. More good news came with the decision to include Mako Sharks, Giant Guitarfish and Wedgefish on Appendix 2 which will provide much needed protection.

Another decision to be lauded limits the export of wild African elephants, so that elephants from Botswana, Zimbabwe, Namibia, and South Africa can only be exported to African countries where elephants live or used to live. 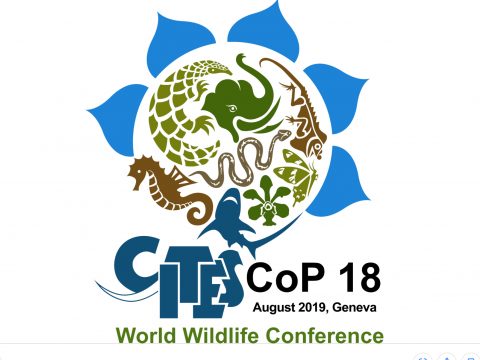 Governments, Trade Associations and NGO’s are meeting to talk trade and conservation with concerns around Elephant Ivory, Rhino Horn and the fate of the Mako Shark being high on the agenda at a CITES Wildlife Conference in Geneva. In all more than 50 proposals have been tabled for discussion, which include proposals submitted on not only Elephants, Rhino’s and Sharks but also on Pangolin’s, Big Cats and Giraffes.

As concern for the future of the wildlife on our planet increases, the international body tasked with regulating trade in endangered species is once again gathered for its 18th Conference of the Parties (COP) in Geneva being held between the 17-28th August, 2019. Originally slated for May 2019 in Sri Lanka, it was switched after the Easter terrorist attacks in March that killed more than 250. 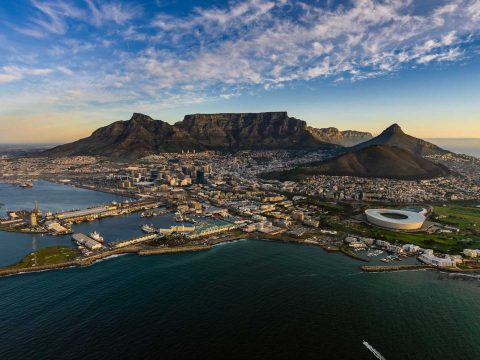 On a recent visit to South Africa, Financial Crime News was delighted to meet with Nic Swingler Head Financial Crime Compliance at Absa Group Limited, who in an interview discussed the fight against financial crime on the African continent and in South Africa in particular.

FCN: How did you come into your current role?

NS: I am not a Financial Crime “lifer” and this role was not really part of my early career planning!  Previously I was the COO for our Corporate & Investment Bank.  The front line experience I gained over many years as well as direct exposure to products, operations, technology platforms and data were amongst the key attributes required to enable and deliver a high quality risk management capability across Financial Crime Compliance. 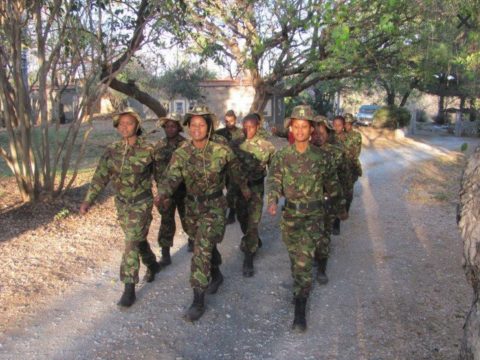 In this Interview with the Black Mamba’s Anti Poaching Unit. Qolile Matebula and Alice Bromage sat down with Financial Crime News to discuss anti poaching in South Africa and their work in protecting some of the world’s most endangered wildlife. This was just ahead of a presentation to FCC leaders from 30 Banks from 13 Different African Countries discussing the Illegal Wildlife Trade as a part of Standard Chartered Banks’ Regional African Correspondent Banking Academy in Johannesburg.

FCN: Who and what are the Black Mambas?

AB/QM: The Black Mambas were founded in 2013 by Craig Spencer, the head warden of the 52,000 hectare Balule Nature Reserve as part of the Greater Krüger National Park, in South Africa, and are named after a very poisonous snake, to protect the animals from poachers.

After an impressive year for FATF, under the US Presidency, which signed off last month, and concluded with the Florida Plenary, the Chinese Presidency now has the lead and has already signalled both an intention to continue with important existing FATF priorities, but are also signalling the next year will include something different, by including the illegal wildlife trade as an additional new priority.

The FATF announcement is significant, bearing in mind the importance China plays in the illegal wildlife trade as a major destination country for all manner of endangered animals, but this is not just about China, which had taken significant action over the last few years, including banning ivory, but about the entire FATF membership and all Countries subject to implementing FATF standards.