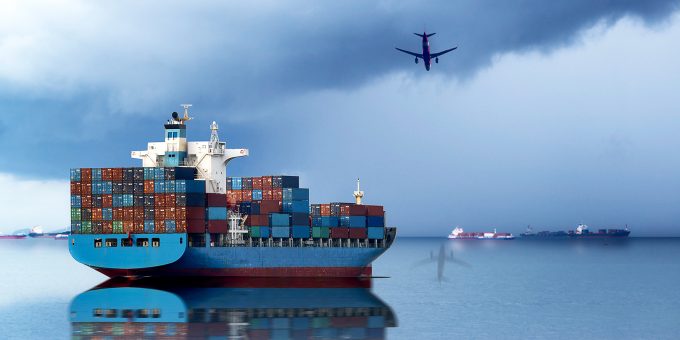 Extract from the Wolfsberg Group: The Wolfsberg Group, with the support of the International Chamber of Commerce (ICC) and the Bankers Association for Finance and Trade (BAFT), launched a short awareness video focussed on Trade-Based Money Laundering (TBML):

This supplements both the 2009 Wolfsberg Trade Finance Principles and the 2017 publication of a more comprehensive paper, produced in close collaboration with both the ICC and BAFT.

While TBML is a serious financial crime threat, and increasingly a means by which criminals launder billions of dollars each year, it is also one of the least understood. As the volume of trade finance transactions provided by non-bank entities (open account transactions) increases, the visibility that banks have of end to end trade finance activity decreases.

Notwithstanding that lack of visibility, TBML is still perceived as occurring via the misuse of trade finance products provided by banks. Some banks have sought to mitigate this risk by introducing increasingly stringent controls on trade finance products and their usage. This has in some instances led to avoidable derisking and has adversely impacted legitimate trade activity (particularly by SME customers).

As set out in the 2017 Trade Finance paper, the Wolfsberg Group believes that banks can, and should, remain an important partner for those involved in international trade, and should enhance their standards and controls in order to detect and prevent TBML activity. However, in light of the lack of an end to end view of the majority of trade transactions, this alone is not likely to have a material impact.

Successful mitigation of TBML requires greater collaboration and information sharing between those other key international trade players in the public and private sectors. These include shippers, airlines, truckers, port and customs authorities, businesses and law enforcement agencies. Working together to create a complete picture of illicit TBML flows and typologies would ensure that more could be done to disrupt criminals. The Wolfsberg Group is committed to exploring this idea with other relevant stakeholders.

Rob Wainwright, Executive Director of Europol, said: “Trade-based money laundering is a highly effective way of mixing large volumes of criminal proceeds with legitimate funds, but also of moving them outside of the country of activity within business transactions. TBML is very attractive to organised crime groups and very hard to identify and investigate because of its transnational nature and complexity. Recent cases have highlighted the sophisticated methods used to exploit the complex supply chains of international trade to launder criminal assets. I welcome this video from the Wolfsberg Group as a useful tool to raise awareness about this important issue.”

Tod Burwell, President and CEO of BAFT also noted “Trade-based money laundering is exceptionally difficult to detect, and as this video articulates, is virtually impossible to identify and interdict by banks alone. A collaborative approach across the public and private sector stakeholders is needed to share data that is managed by different parties in the trade transaction chain.”

The video was first shown at the Egmont Group Meeting in Buenos Aires in March 2018.

Global Threat Assessment – Watch the Video!
2019-11-09
This Video summaries the findings across: crimes, countries, methods and groups and the observations and...