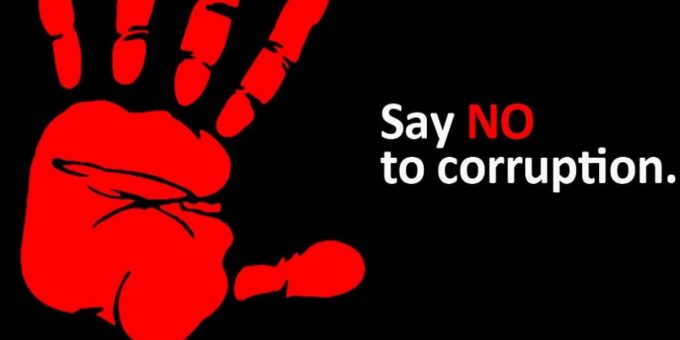 A common thread behind much of the financial success enjoyed by criminals is the prevalence and persistence of Corruption. According to the Global Corruption Barometer 2017, 1 in 4 people still regularly pay bribes. In this article, Transparency International (TI) flagship Corruption Perceptions Index (CPI) is analysed and based on this, It’s asked whether any meaningful progress has been seen since its inception more than 20 years ago.

However described, for example whether as “graft,”“kickback”, “payoff”, baksheesh”, “hush money”, “tips”, “grease”, “bung” or “sweetener,” corruption has a long and uninterrupted history, Whether it is thirty pieces of silver, the price for which Judas Iscariot was bribed to betray Jesus Christ, the US$15-35bio, the Former Indonesian President Mohammed Suharto is estimated by Transparency International to have embezzled, or the fact according to Transparency International that still too many Countries are failing “to significantly control corruption,” corruption is part of many people’s way of life.

There is no shortage of evidence as to the debilitating impact corruption has on society. It is indeed a cancer, as US Senator Frank Church stated in 1976 and was reiterated some twenty years later by the former President of the World Bank James Wolfensohn. Corruption thrives on weak institutions, political instability and vulnerability. It undermines democracy and the rule of law, leads to violations of human rights, distorts markets, erodes the quality of life and allows organised crime, terrorism and other threats to human security to flourish. Corruption blights countries, infects industries and raises the costs of living and commerce.

Corruption can involve at least 4 main forms: Petty Corruption, Private Corruption, Organised Corruption and Grand Corruption. The level of Corruption is hard to measure, and any figures are by their nature only estimates. Still according to:

Unless and until we see progress against corruption, in all its forms, it’s unlikely that substantial gains will be seen against other crimes which are enabled and criminals protected by an entrenched system of corruption still in far too many places. Taking Corruption Perception Index of Transparency International  as a barometer we can see that efforts of many over more than 20 plus years are not having as much an effect as we’d hoped.

The 2018 version of the CPI published in January 2019, represents the latest report card on the state of corruption and traces its origins back more than 20 years to when the first CPI was issued for 1995. This first CPI assessed just 42 large industrialised Countries, whilst the latest CPI tracks perceptions of Corruption for 180 Countries and territories.

Whilst the methodology of the CPI has received criticism from many, and the annual results cannot be strictly compared to present a compelling trend analysis, not least due to methodology changes, there remains benefit in doing so, to see the relative fortunes of those in the Index and whether the Index is providing insight that’s useful. The emergence of the CPI highlighted the importance and increased the awareness of Corruption as a global issue. The report remains a key contributor to Country Risk Models globally used by FI’s in understanding and managing financial crime risk which includes Corruption.

Here are some highlights based on a review of the CPI findings over its 20 plus years history:

The lack of progress according to the CPI calls into question whether more needs to be done, particularly on public corruption which is the focus of the CPI, and in particular whether the levels of Corruption should be taken more into account in FATF Country evaluations than they have in the past. As Transparency International itself states, “Our research makes a clear link between having a healthy democracy and successfully fighting public sector corruption,” and “Corruption is much more likely to flourish where democratic foundations are weak and, as we have seen in many countries, where undemocratic and populist politicians capture democratic institutions and use them to their advantage.” Perhaps FATF should focus even more in its Country evaluations and asses Countries based on their attitude and record on corruption and not just on their results for technical compliance and effectiveness.

Hillary Rosenberg, is the Global Head of Anti Bribery & Corruption at SCB

Dear John, very good insights about CPI. Believe Malaysia is being left out and empowerment abuse the main factor causing corruption and making nation lost in reputation with tremendous effort putting in to rebuild. Thanks Tun Mahatir willing take the challenge even suppose enjoy retirement as others.