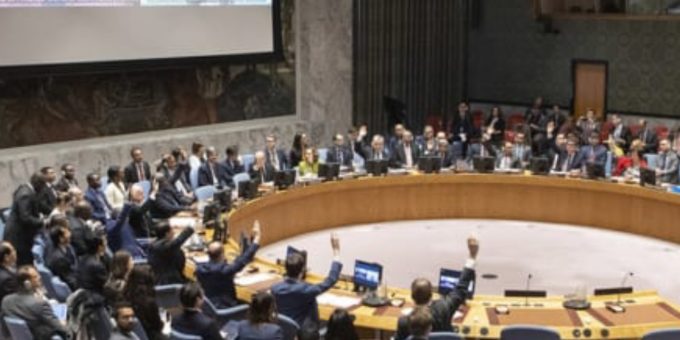 The U.N. Security Council unanimously adopted a resolution (2462/2019) on 28th March 2019 which requires all countries to do more to act against those responsible for directly or indirectly financing “terrorist organisations or individual terrorists for any purpose,” accepting that 18 years since the 11 September 2001 attacks against the United States, steps taken, by many Countries are still not sufficient. The French tabled resolution noted “that terrorists and terrorist groups raise funds [through] the abuse of legitimate commercial enterprise, exploitation of natural resources, abuse of non-profit organisations, donations, crowdfunding and proceeds of criminal activity, including but not limited to: kidnapping for ransom, extortion, the illicit trade and trafficking in cultural property, trafficking in persons, including for the purpose of sexual exploitation, drug trafficking and the illicit trade in small arms and light weapons,” and that terrorists, including foreign terrorist fighters, may move and transfer funds, including through [FI’s], abuse of legitimate businesses and NPO’s, including as front businesses and organisations and cash-couriers, as well as through the use of emerging payment methods, such as prepaid cards and mobile-payments or virtual-assets.”

The Resolution further noted “that terrorists, including foreign terrorist fighters, and terrorist groups may move and transfer funds, including through financial institutions, abuse of legitimate businesses and non-profit organisations, including as front businesses and organisations and cash-couriers, as well as through the use of emerging payment methods, such as prepaid cards and mobile-payments or virtual-assets.”

The Resolution also referenced “that terrorists can benefit from transnational organised crime as a source of financing or logistical support,” and the “use by terrorists and their supporters of information and communications technologies, in particular the Internet, to facilitate terrorist acts, as well as their use to incite, recruit, fund, or plan terrorist acts,” and “that innovations in financial technologies, products and services may offer significant economic opportunities but also present a risk of being misused, including for terrorist financing,”

Briefing the Security Council, Marshall Billingslea, President of FATF, said all “States must understand the ways in which they may be vulnerable to terrorist financing, with risks extending beyond the banking and financial sectors, States must identify all potentially vulnerable sectors.” More broadly, Mr. Billingslea, who is also Assistant Secretary for Terrorist Financing in the United States Department of the Treasury, said “States must also address fundamental issues that create environments conducive to terrorism and terrorist financing, such as corruption, weak governance and lack of respect for the rule of law.”

In all nearly 70 speakers took to the floor, many emphasising the need for Member States to fully implement Council resolutions and foster international and regional cooperation and coordination.  They also expressed support for partnership with the private sector and strongly advocated respect for international humanitarian law, international human rights law and international refugee law, with the UN playing a capacity-building role.

France’s Minister for Foreign Affairs, and then Council President, spoke, warning against the belief that the fight against terrorism ended with the territorial defeat of IS. He emphasised that the international community must tackle evil at the root and isolate terrorists by drying up their sources of financing, he emphasised, pointing out that terrorists have learned how to exploit new technologies and transform their resources.  While the challenge is great, “our determination must be equally great”, he stressed. Recognising strong measures are still required, there was concern raised around indirect consequences, in particular that Member States should ensure that measures taken to combat terrorism and its financing, nevertheless comply with international humanitarian, human rights and refugee law — a measure sought by aid, rights and refugee organisations concerned that counter-terrorism laws can restrict their activities, in particular referring to the plight of the approx 1.7 billion so called ‘Unbanked’ People in Terrorism-Prone Regions.

The Kenyan speaker noted that new technologies, such as mobile money-transfer services can help lift people out of poverty, and support financial inclusion.  With mobile money‑transfer services being the single most effective contribution to global financial inclusion efforts, Governments must put regulations in place to facilitate it while ensuring that new technologies do not finance terrorism, she emphasised.

The International Committee of the Red Cross (ICRC) , stated that “certain measures, most notably counter-terrorism legislation and sanctions, can criminalise and restrict humanitarian action.” At stake is the ability to cross front lines to deliver humanitarian assistance for communities living in areas controlled by armed groups.  Counter-terrorism measures can negatively impact the ability to visit persons being detained on “the other side”, to recover dead bodies and facilitate the exchange of detainees, and so the right balance between the legitimate concerns of States and the importance of impartial humanitarian action was needed.

For more details on the meeting at the UN on 31st January, 2019 titled, “Preventing and Countering the financing of terrorism,” see here.

Whilst the meeting was intended to demonstrate unanimity culminating in an 8 page resolution, in fact it highlighted the challenge in working together to defeat terrorism and terrorism finance. In practice Countries have very different priorities and are unsurprisingly focused on the terrorism as they see it and those groups that are a real threat to their own peace and security. The wording of the final agreed resolution itself presents a major challenge. Whilst comprehensively articulating the methods and means by which terrorist groups seek finance, the sense that terrorism finance is everywhere and can at any moment infiltrate any business or product or service, is overdone, and it is this type of language intended as a call to arms that creates the environment in which Charities and Humanitarian groups then find it difficult to operate, especially in areas and regions where terrorist groups are known to be active.