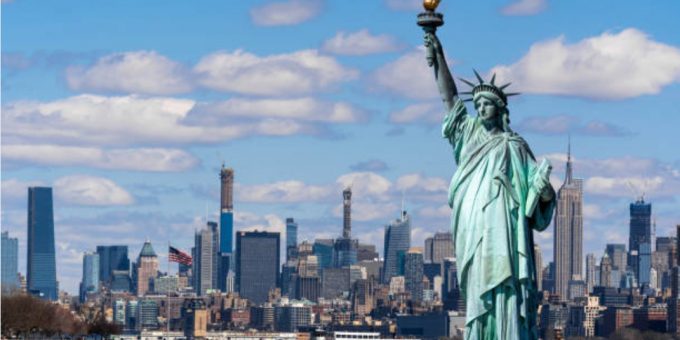 For the comprehensive 200 plus page USA Threat Assessment SEE: HERE.

The USA is faced with threats the size and scale of which very few other countries face.

Whether due to its economic size, population, wealth, levels and breadth of international trade and its importance as both a financial centre as well as the US dollar as a global currency, the US is a money laundering centre, with hundreds of billions of dollars in financial crimes generated domestically each year. Foreign illicit funds destined for the US to invest in its currency, its securities markets or real estate, or as a transit country, for example trade via correspondent banking, the US is most likely the most exposed country to illicit finance and money laundering.

In December, 2021, US Treasury Secretary Janet Yellen at the Washington DC Summit for Democracy, stated  that, “in the popular imagination, the money laundering capitals of the world are small countries with histories of loose and secretive financial laws. But there’s a good argument that, right now, the best place to hide and launder ill gotten gains is actually the United States.”

According to the US Dept of State Money Laundering assessment (INCSR Vol 2) published in March 2022, the US categorised itself as a “Major Money Laundering Country” along with 80 other Countries. 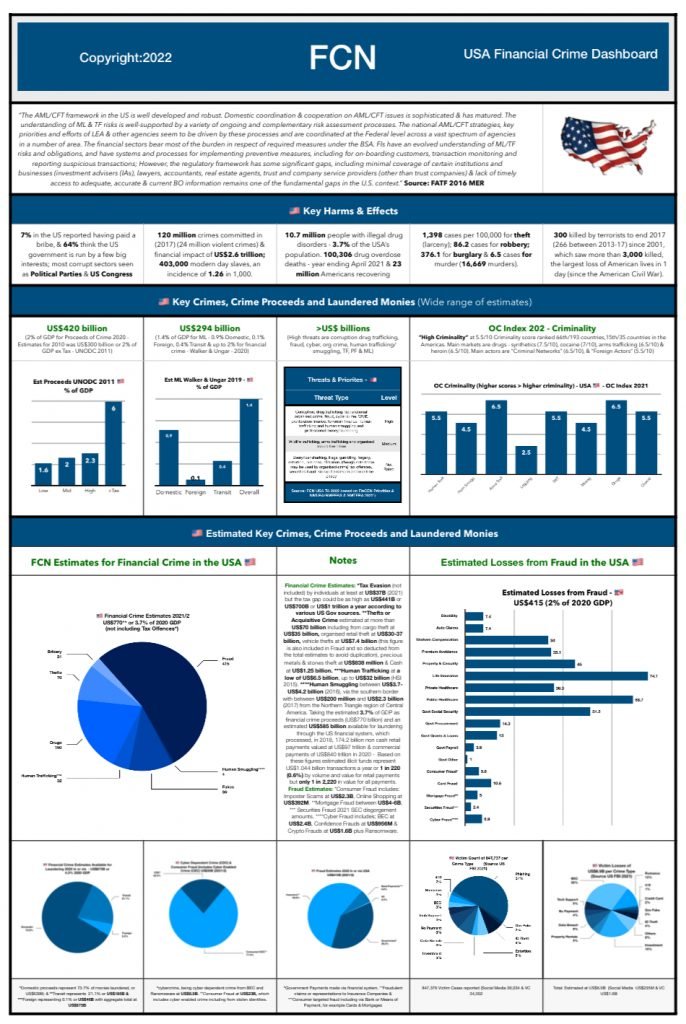 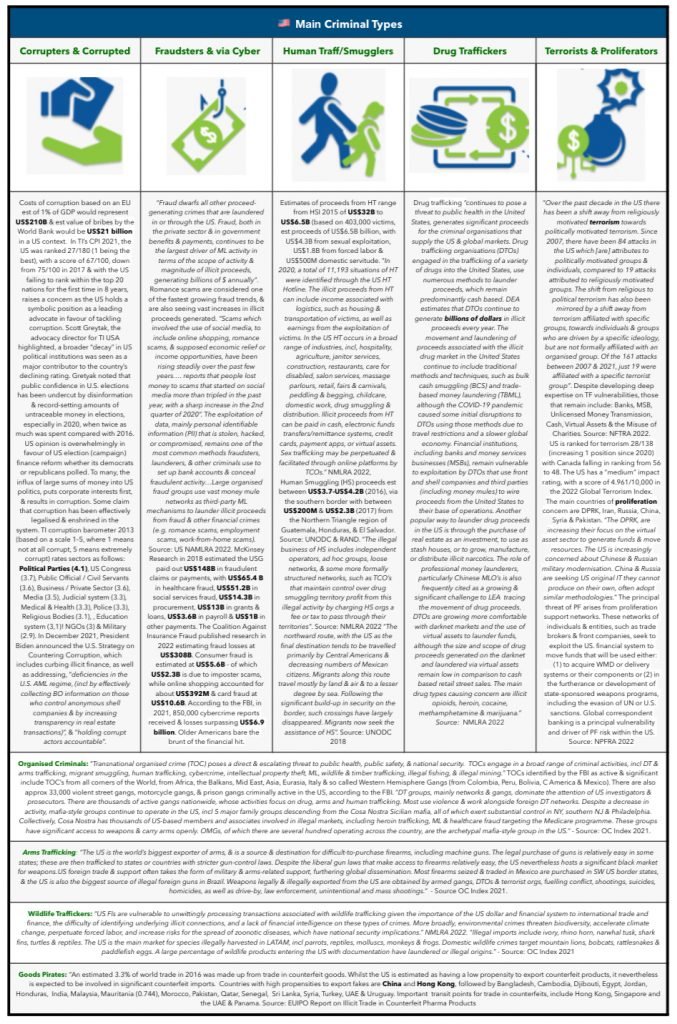 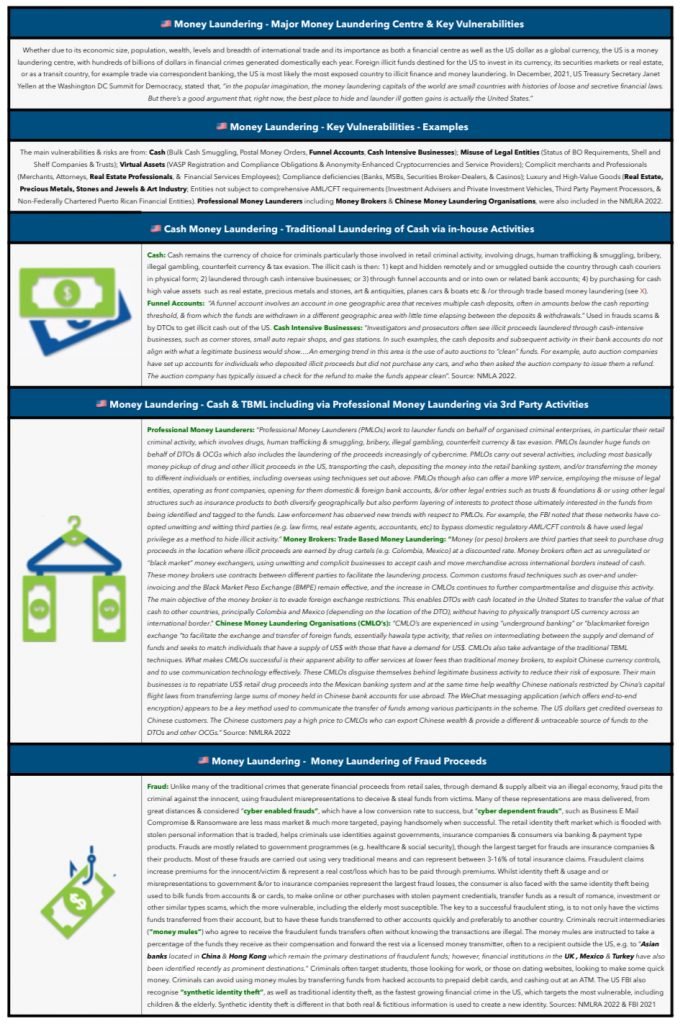 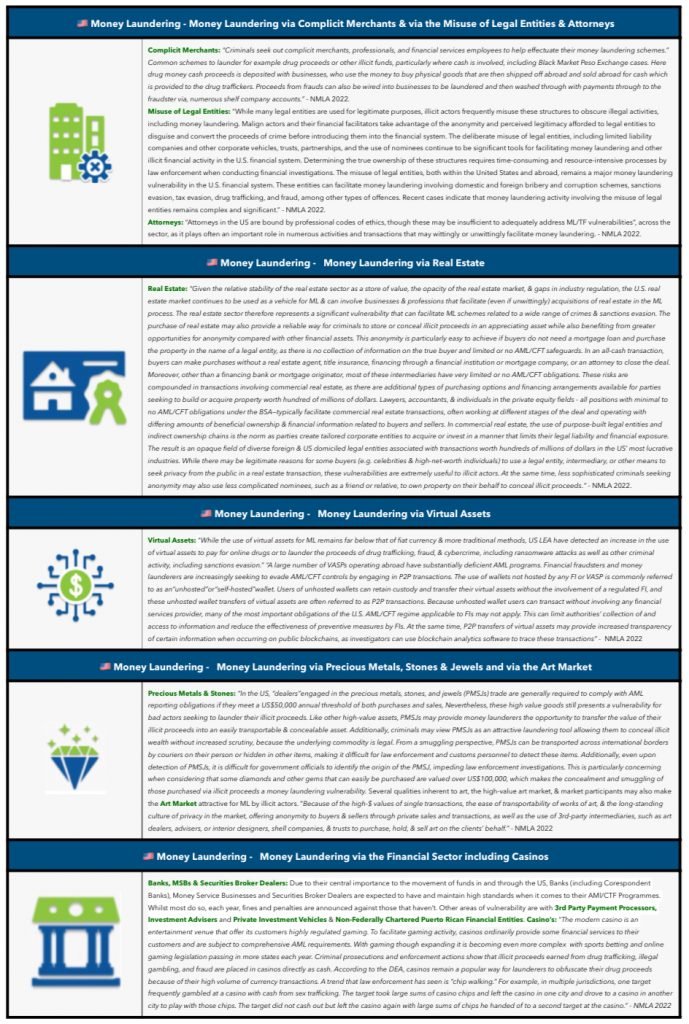 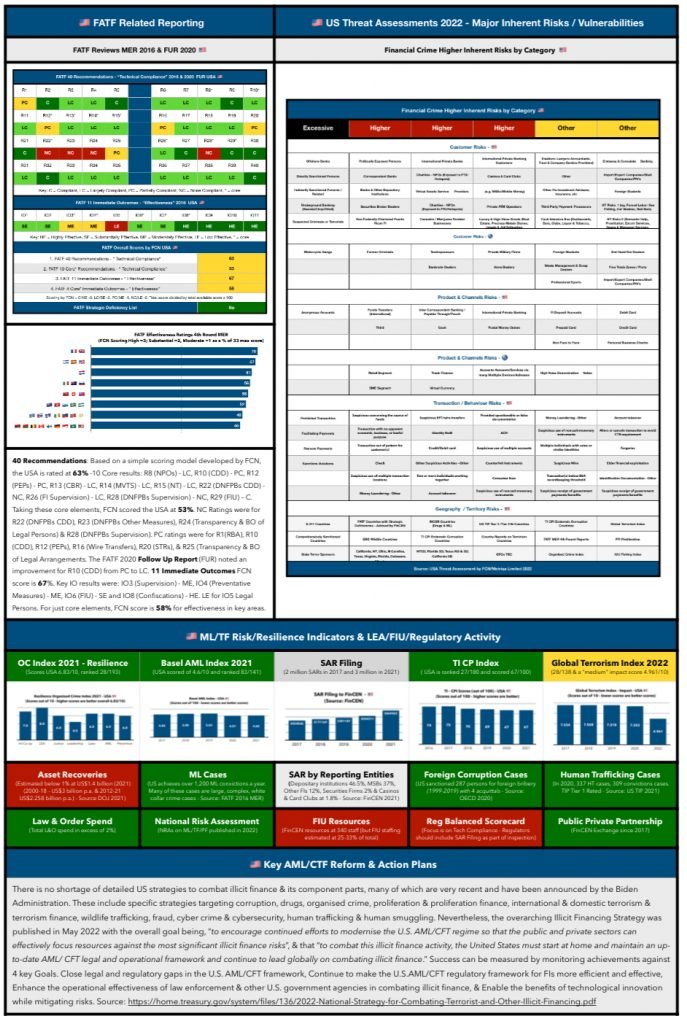 For the Opinion & Editorial by FCN on the US Fight against Financial Crime based on the research and analysis carried out in publishing the comprehensive Threat Assessment 2020 See: HERE.

For an analysis of whether the US should be considered as a High Risk Country for Financial Crime See: HERE.

US FI’s require detailed threat information in order to carry out an effective Financial Crime Risk Assessment. These FCN materials are the most comprehensive available and are available to use for FI’s with the consent of FCN/Metriqa Limited. To find out more including accessing the detailed mapping of threats to US National Priorities and to isolate and identify customer, products and services, channels and country risks, to generate an up to date and state of the art risk assessment contact FCN/Metriqa Limited. 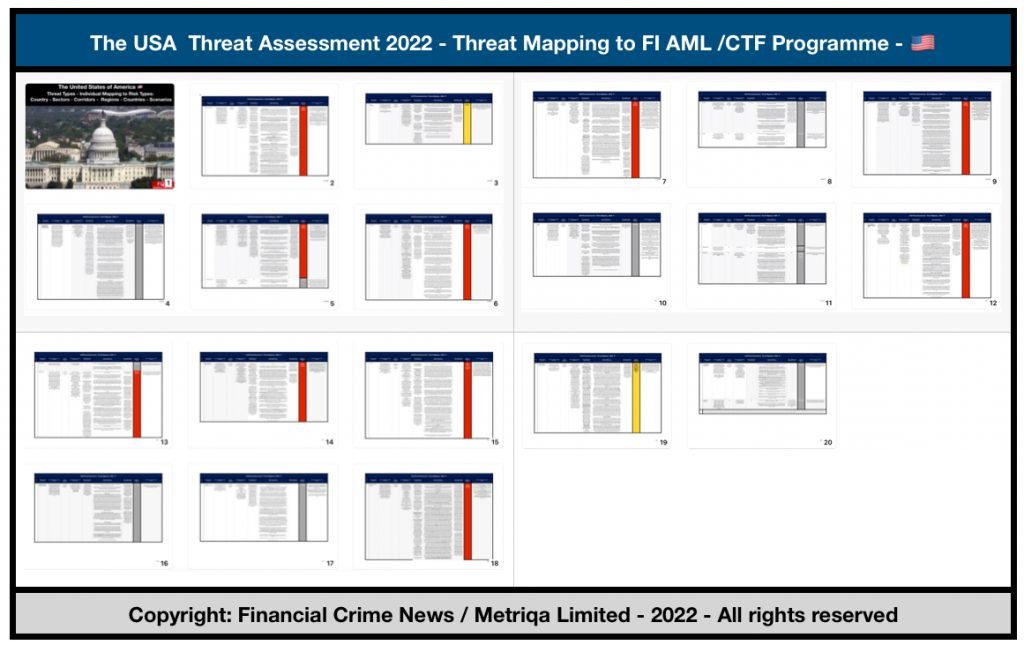 Al-Shabaab – Terrorist Group
Al-Shabaab, or ‘the youth’, is a Somali based terrorist group, which was formerly the most...

New FATF Priorities include targeting the Illegal Wildlife Trade
After an impressive year for FATF, under the US Presidency, which signed off last month,...

Behind the FinCEN Files
The unauthorised disclosure of a single SAR in the US carries civil and criminal penalties,...